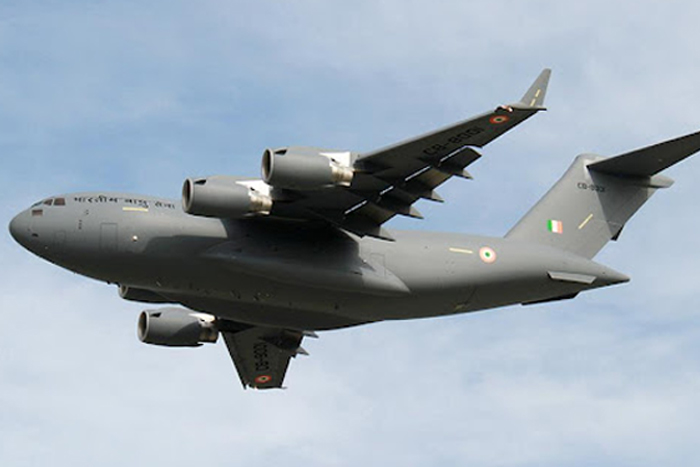 India has sent a C17 military aircraft to Kabul to evacuate Indian citizens after the Taliban seized control of the country 20 years after it was ousted by a US-led military coalition.

As the authorities declared Afghanistan airspace “uncontrolled” and closed the Kabul Airport, Air India earlier in the day cancelled its Delhi-Kabul-Delhi flight that was scheduled to operate and diverted its two aircrafts coming to Delhi from the US toward Sharjah in the UAE for the same reason.

Airlines officials said it was the only commercial flight scheduled to operate between India and Afghanistan on Monday, and Air India is the only carrier that has been operating flights between the two countries.

The officials said no flights can operate from Kabul airport now as the airspace has been closed and this means no aircraft can also land there. An Air India aircraft tasked to fly to Afghanistan to bring out people will no longer be able to go there too, they added.

The officials said, even a NOTAM or notice to airmen has been issued to say Kabul airspace has been closed. “The airspace is closed. How any airline can operate? We were not able to operate our 12:30 pm flight to Kabul,” said a senior airline official.

However, yesterday Air India brought back 129 passengers on a return flight from Kabul to Delhi, as Taliban forces entered the national capital of Afghanistan and had waited for “peaceful transfer” of power.

The officials said, the airline’s San Francisco-Delhi flight and Chicago-Delhi flight were diverted towards Sharjah today and both the flights will land in Sharjah for re-fuelling purposes. The flights will then leave for Delhi again while avoiding the Afghan airspace.

Officials in the aviation industry also confirmed that a Terra Avia’s flight from Baku in Azerbaijan to Delhi in India had entered the Afghanistan airspace this morning but then it quickly turned around and decided to avoid it.

Flight tracking website FlightRadar24 in a Twitter post said, “An Air India flight from Chicago to Delhi had changed course and exited Afghanistan’s airspace shortly after entering, while a Terra Avia flight from Baku to Delhi was also changing course.”