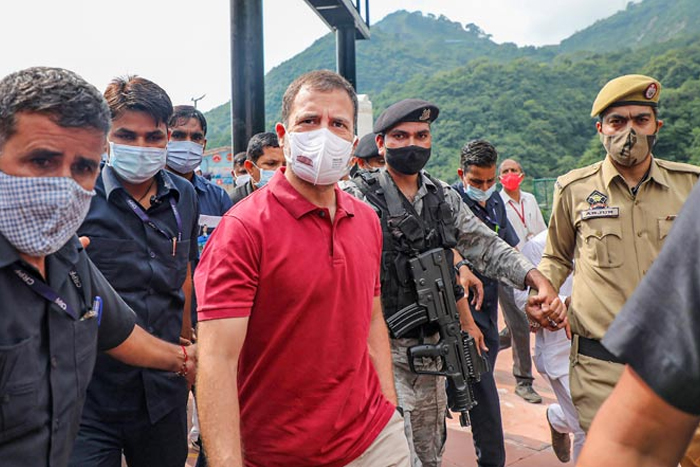 Congress leader Rahul Gandhi, on a two-day visit to Jammu, travelled to the Vaishno Devi shrine from Katra on foot on Thursday.

In videos, the Congress MP was seen walking briskly alongside pilgrims on the 14-KM stretch leading to the shrine, surrounded by security personnel. Congress workers holding up party flags lined the pathway.

“I have come here to offer prayers to the Mata (mother goddess). I don’t want to make any political comments here,” Rahul Gandhi told reporters who chased him to the shrine. The media was not allowed to take their cameras.

The Congress posted videos in which the MP was seen interacting with pilgrims.

According to the Congress’s Jammu and Kashmir unit President Ghulam Ahmed Mir, Mr Gandhi had wanted to visit Vaishno Devi for years.

“We have been asking Rahul Gandhi for the past three years. He also wanted to come, but the political situation was such that he cannot visit,” Mr Mir was quoted as saying by news agency ANI.

Mr Gandhi, according to him, was determined to visit the shrine on foot and participate in the prayers and aarti. “The next day he will again come down on foot. He has special faith in Mata Vaishno Devi, that is why we have not scheduled any political engagements for him on the first day of his visit,” Mr Mir said.