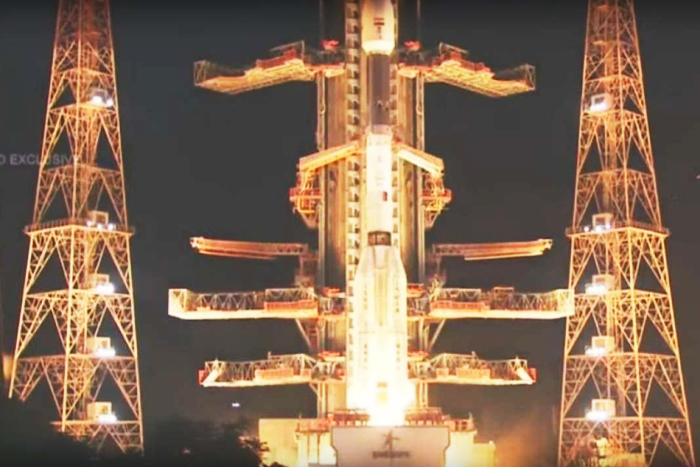 ISRO Satellite Launch “Not Accomplished Fully Due To Technical Anomaly”

The GSLV-F10/EOS-03 lifted off lifted off from the Satish Dhawan Space Centre, Sriharikota at 5.43 am today after a 26-hour countdown.

The Indian Space Research Organisation (ISRO)’s mission to place its Earth Observation Satellite EOS-03 into orbit “could not be accomplished fully” because of an anomaly, the space agency said after the launch early this morning.

“The performance of the first and second stages was normal. However, Cryogenic Upper Stage ignition did not happen due to a technical anomaly. The mission couldn’t be accomplished as intended,” ISRO said in a statement.

The satellite, meant for quick monitoring of natural disasters such as cyclones, cloudbursts and thunderstorms, lifted off on a Geosynchronous Satellite Launch Vehicle (GSLV) from the Satish Dhawan Space Centre in Sriharikota at 5.43 am today after a 26-hour countdown.

GSLV-F10 launch took place today at 0543 Hrs IST as scheduled. Performance of first and second stages was normal. However, Cryogenic Upper Stage ignition did not happen due to technical anomaly. The mission couldn't be accomplished as intended.

But shortly afterwards, it was announced in the Mission Control Centre by the Range Operations Director that the “mission could not be accomplished fully due to a performance anomaly”.

The EOS-03, a state-of-the-art agile Earth observation satellite, was meant to help in quick monitoring of natural disasters like cyclones, cloudbursts and thunderstorms.

“A 4-metre diameter Ogive-shaped payload fairing is being flown for the first time in this GSLV flight. This is the fourteenth flight of GSLV,” ISRO had said on the launch.

The launch was originally planned in April or May but was postponed due to the second wave of Covid.

This was the second flight for the GSLV Mk III after the Chandrayaan-2 moon mission spacecraft in 2019.

Former ISRO chairman G Madhavan Nair expressed disappointment at the mission’s setback and suggested the satellite “would have fallen in the sea and is lost forever”.

He said out of eight launches, this was the second time there had been a glitch in the cryogenic stage, which is “very complex” compared to the other steps.

“There are countless possibilities for things that can go wrong. ISRO takes care of all those aspects and prepares the stage for the flight. So something has gone wrong with the cryogenic stage, that’s the information we have now, but we have to study the elements of data from the ground station and detailed parameters have to be looked at so that they can pinpoint exactly what’s happened. Maybe within the next couple of days we will have a clearer picture,” Dr Nair told.

The ex ISRO chief also talked about the possibility of the long wait impacting the launch.

“Suddenly we have to worry about the reason (for the failure), which could be the long waiting because of Covid…it has not been launched for almost one year. Maybe one has to go into the details before we can confirm,” he said.

“All the precautions have been taken, but there are large number of metallic parts and moving parts and all those things, and if any of them deteriorates in its characteristics, then the chance of failure will be more compared to a fresh stage,” Dr Nair added.