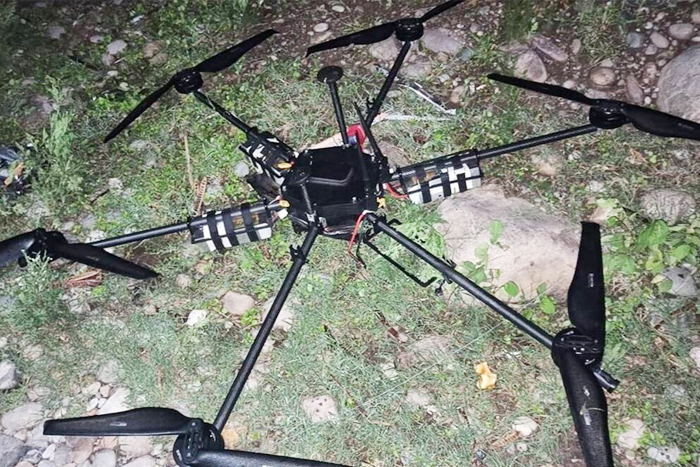 The Jammu and Kashmir Police shot down a drone in Jammu’s Akhnoor area on Friday. After receiving reports of a drone being spotted at midnight, the J&K Police shot it down.

Kashmir: The Jammu and Kashmir Police busted a Pakistani drone conspiracy last night after it shot down an explosives-laden drone in Jammu’s Akhnoor area.

Earlier, Jammu and Kashmir DGP Dilbag Singh had issued directions to officers to remain vigilant as terror outfits are continuously trying to use drones for terrorist activities.

Since the drone attack at the Jammu airforce airbase on June 27, several drones have been spotted on multiple locations in Jammu in the last one month raising threat of another drone attack.