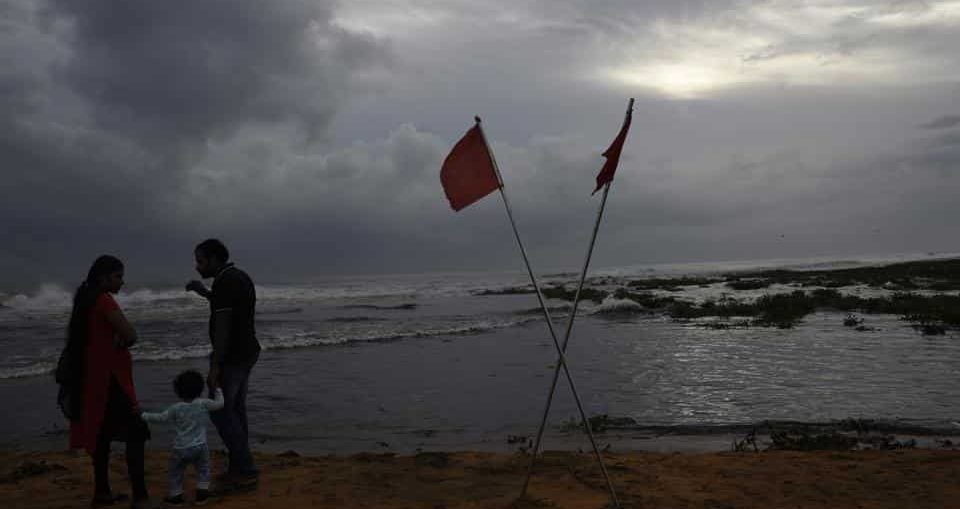 The depression over southeast and adjoining eastcentral Arabian Sea is very likely to intensify further into a deep depression during next 12 hours and into a cyclonic storm during subsequent 24 hours.

Monsoon clouds gather above the Arabian Sea coast in Thiruvananthapuram on June 3.

A deep depression, expected to turn into a severe cyclonic storm, over the Arabian Sea is likely to bring rainfall to Tamil Nadu, Kerala, Puducherry and the Lakshadweep archipelago during next 24 hours, the India Meteorological Department said Sunday.

After turning into a severe cyclonic storm, it is likely to cross the coasts of Oman and Yemen, the IMD said.

The Coast Guard has said it has put its formations on high alert and its dornier aircraft and ships have been deployed off Kerala, Lakshadweep and Minicoy islands, and south Tamil Nadu seas.

“A high-level meeting was conducted at Kochi and Lakshadweep with district and Union Territory Administration to assess preparedness and meet any cyclone related contingency. Specific disaster contingency and preparedness meetings were held all the Lakshadweep and Minicoy islands,” the Coast Guard said.

The sea condition would be “rough to very rough” during next 12 hours. An advisory has been issued to fishermen at sea to return to harbour, the Coast Guard said.

“Fishermen are advised not to venture into deep sea areas of Lakshadweep area during next 12 hours,” the IMD said.

Another low pressure area over southeast Bay of Bengal and adjoining north Andaman Sea is very likely to concentrate into a depression during next 24 hours. It is “very likely” to move northwestwards towards Odisha coast during next 72 hours, the IMD said.