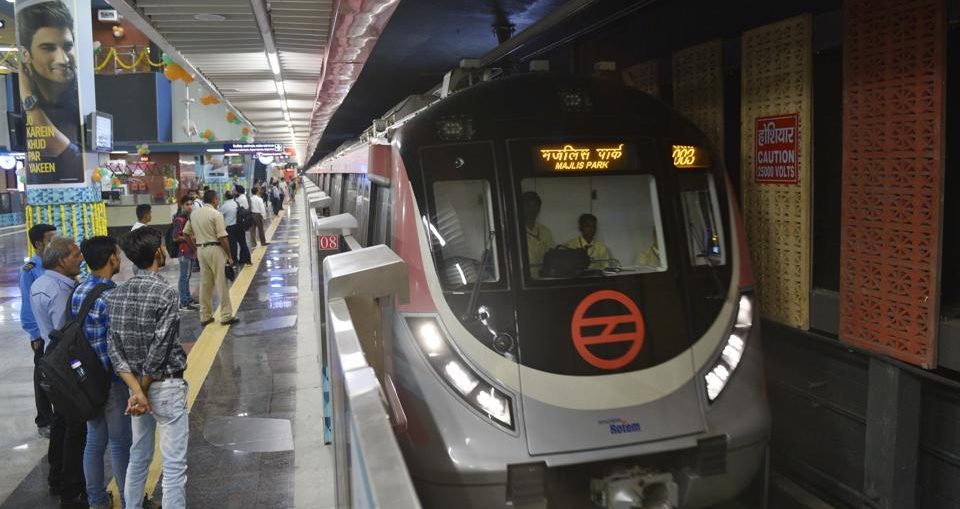 Last year, the Metro fares almost doubled after two hikes in May and October, following the recommendations of the fourth Fare Fixation Committee.

Commuters at Delhi Metro’s South Extension station on Monday, August 6, 2018. The station is a part of the newly opened Durgabai Deskhmukh South Campus-­Lajpat Nagar section of the Pink Line.

Metro commuters are likely to be spared the burden of another fare hike till at least 2020, thanks to the improved revenue and ridership in the network.

Union minister of housing and urban affairs Hardeep Singh Puri said there might not be a need for another Metro fare hike next year. Puri, who was inaugurating the Durgabai Deskhmukh South Campus-Lajpat Nagar section of Delhi Metro’s Pink Line on Monday, said that the Delhi Metro Rail Corporation (DMRC) has been able to increase its revenue in the last financial year.

“The revenue is increasing and the ridership is also going up. We might not need another fare hike next year,” said Puri.

Last year, the Metro fares almost doubled after two hikes in May and October, following the recommendations of the fourth Fare Fixation Committee (FFC).

Puri added that students and senior citizens will soon be able to enjoy concessional fares in the Metro. The Majlis Park-Durgabai Deshmukh South Campus stretch — the first section of the Pink Line to be opened — had made travel between Delhi University’s north and south campus easier.

The extension of this section till Lajpat Nagar will now help students get to south campus colleges such as Gargi and Kamala Nehru, which are located near Siri Fort.

“We are trying to get technology-based solutions to get concessional rates for students and senior citizens. This will come as a relief to students who have to travel but have to live on a budget,” Puri said.

Puri, along with Delhi chief minister Arvind Kejriwal, flagged off the 8.1-km stretch of the Pink Line via video conferencing from Metro Bhawan on Monday.

According to an RTI reply, last year’s fare hike had considerably reduced Metro’s ridership. The hike was also opposed by the Delhi government, which holds 50% ownership of the Delhi Metro.

Since there was no change in Metro ticket rates since services started in 2002, the FFC had recommended in 2016 that fares must be revised automatically every year.

Puri, however, said on Monday that the next revision due in 2019 may not be required.

He said apart from the increase in revenue, the Metro network has also witnessed a surge in ridership. At present, the daily ridership of the Delhi Metro is over 28 lakh, which Puri said, is expected touch over 39 lakh after the completion of Phase-3.

“This is a conservative figure, and I am sure we will see the ridership reach beyond 45 lakh passengers per day by 2019,” Puri said.

The Union minister also clarified that the previous fare hikes recommended by the FFC were approved before he took over office.

Kejriwal said that Delhi Metro was a symbol of coordination between the Central and Delhi governments. “The inauguration of this section is a happy day for Delhiites,” he said.