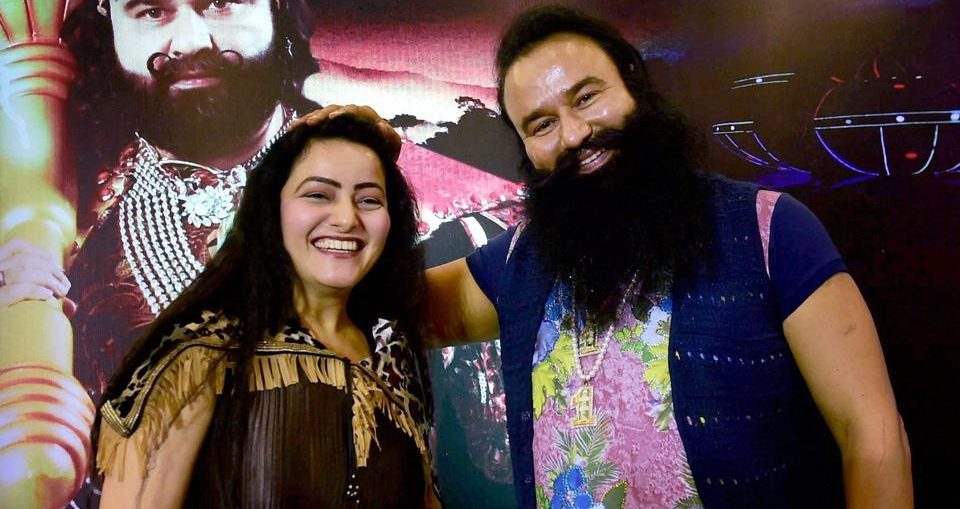 The CBI has alleged that both murders took place at the behest of the Dera Sacha Sauda chief after the victims tried to expose the nefarious activities of the Sirsa dera.

CBI judge Jagdeep Singh granted permission in this regard on Friday after Panchkula deputy commissioner of police (DCP) Mahabir Singh moved an application before the court, contending that they cannot bring the dera chief in person due to law and order problem.

Ram Rahim has been lodged in Rohtak’s Sunaria jail since August 25 after the CBI court convicted him for raping two of her female followers. The court sentenced him to 20-year jail term on August 28.

The dera chief has been named as the main conspirator in the murder cases of Sirsa-based journalist Ram Chander Chhatrapati and dera member Ranjit Singh.

While Ranjit Singh was killed near his village in Kurukshetra district in July 2002, Chhatrapati was shot dead in front of his house in Sirsa a couple of months later in October 2002.

The CBI claimed that both of them were murdered at the behest of the dera chief after they tried to expose the nefarious activities of dera.

Sources said the final arguments in both the cases are likely to begin on Saturday.

The CBI counsel, they said, may seek daily hearing in the two cases in order to conclude the arguments at the earliest.

In the rape case too, the final arguments were held on daily basis between July 25 and August 17, which led to his conviction on August 25.

Besides the dera chief, his manager Krishan Lal and two shooters — Kuldeep Singh and Nirmal Singh — are the main accused in the Chhatrapati murder case.

According to the CBI chargesheet, dera manager Krishan Lal had given his licensed revolver and a walkie-talkie of the dera to two shooters in the presence of the dera chief and thereafter both the accused fired at Chhatrapati in front of his residence on October 24, 2002. He succumbed to his injuries three weeks later. Chhatrapati had been writing against the dera chief in his newspaper Poora Sach.

Ranjit, who had distanced himself from the dera, was called to Sirsa in June 2002 and threatened by accused Avtar Singh and Inder Sain to seek apology from Ram Rahim for having circulated an anonymous letter regarding the alleged rape of sadhvis.

As per the CBI chargesheet, Ranjit was finally shot dead near his fields in Khanpur Kolian village of Kurukshetra district on July 10, 2002. The sect chief had allegedly ordered to eliminate him.

Security beefed up around court complex

Meanwhile, security has been beefed up around the court complex in Panchkula where the hearing will begin on Saturday. Panchkula police commissioner AS Chawla said the paramilitary forces and Haryana Police personnel have been deployed in Sector 1, inside and outside the court complex and other critical parts of the city.