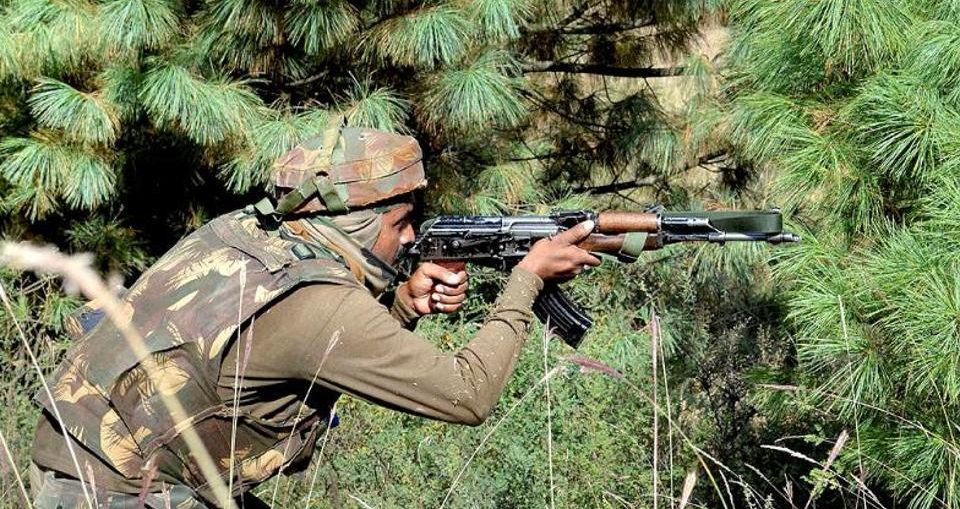 An Army soldier taking position during an encounter with militants in Jammu and Kashmir.

Army on Saturday said two infiltrators were gunned down as it foiled an infiltration bid in north Kashmir.

He added that weapons and warlike stores were recovered. Sources said the operation was on.

The infiltration comes at a time of heightened border hostility between India and Pakistan.

On Friday, a BSF jawan was killed by Pakistani firing in Jammu region.

On Thursday, the security forces killed two Lashkar-e-Taiba (LeT) militants in Kashmir, including Abu Ismail, the alleged mastermind of a deadly attack on Amarnath yatris earlier this year.