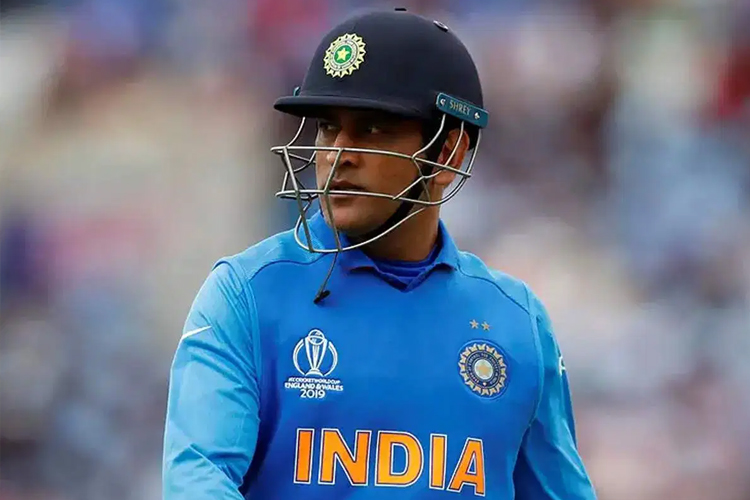 One of India’s biggest cricketing heroes, MS Dhoni has brought the curtain down on what has been a glittering international cricket career on Saturday. His decision to retire from limited overs cricket brings to an end an almost 16-year golden run.

Dhoni had quit Test cricket in December 2014 and there was intense speculation as to when the explosive wicket-keeper batsman will hang up his limited overs boots in international cricket. The speculation intensified after the former captain had taken a break from the game after the ICC ODI World Cup earlier this year and joined his regiment of the Indian Army for a short stint. He made himself unavailable for the limited over series against West Indies in the Caribbean and South Africa at home.

“Thanks a lot for ur love and support throughout. From 1929 hrs consider me as Retired,” Dhoni wrote on his Instagram page while announcing the news.

One Indian selector was quoted as saying that the very experienced wicket-keeper batsman had actually given the five wise men time to build the team with an eye on the 2020 World T20 in Australia.

BCCI president Sourav Ganguly termed Dhoni’s retirement as the end of an era.

“It is the end of an era. What a player he has been for the country and world cricket. His leadership qualities have been something which will be hard to match, especially in the shorter format of the game. His batting in one-day cricket in his early stages made the world stand up and notice his flair and sheer natural brilliance. Every good thing comes to an end and this has been an absolutely brilliant one. He has set the standards for the wicket keepers to come and make a mark for the country. He will finish with no regrets on the field. An outstanding career; I wish him the best in life,” Ganguly, former Indian skipper, said.

Jay Shah, honorary secretary, BCCI, said, “MS Dhoni is one of the greats of the modern era. I understand it’s a personal decision and we respect that. ‘Mahi’ as we all fondly refer to him, has had an exceptional career in international cricket. His captaincy has been both inspiring and commendable. He is leaving the game richer from the time he joined. I wish him all the very best for IPL and his future endeavors.”

Dhoni’s future in international cricket had been a subject of heated debate and there were enough indications that the selectors had begun looking ahead and planning for the future, with the emergence of Rishabh Pant and the likes of Sanju Samson, Wriddhiman Saha and Ishan Kishan waiting in the wings.

Hailing from Jharkhand, Dhoni went on to become India’s most decorated captain. His first big achievement as captain was leading India to the 2007 World T20 title in its inaugural edition. The whole Nation woke up to the phenomenon that was ‘Mahi’ as India clinched the title, beating archrivals Pakistan in the final.

Four years later India clinched their second ODI World Cup title, under Dhoni’s captaincy. MSD finished off the final vs Sri Lank in style with a magnificent six at the Wankhede Stadium on April 2, 2011. His knock of 91 not out in the final will always be remembered as one of the finest ever played in a crunch World Cup final encounter.

Dhoni broke into the Indian ODI team in December 2004 on the back of his explosive batting but it was in his fifth ODI – against Pakistan at Visakhapatnam on April 5, 2005 – when ‘Dhoni the star’ was born, as he smashed the Pakistan attack to pulp, scoring a blitzkrieg 148.

There was no looking back for Dhoni after that match and he went on to become one of the most popular cricketers in India. In 2008, under Dhoni’s captaincy India won the CB series ODI tri-nation tournament in Australia, which was a big series win for the Men in Blue.

Dhoni also led India to the top of the ICC Test rankings.