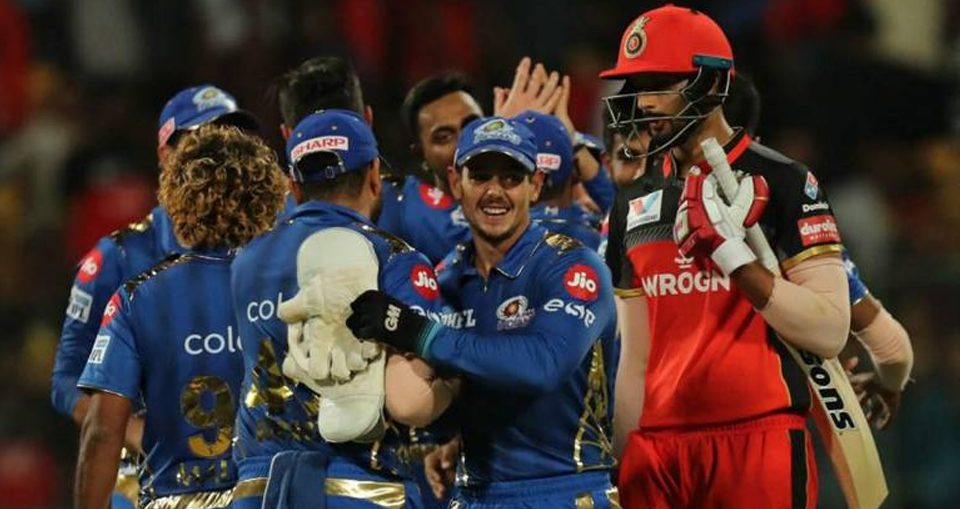 After losing its first wicket Skipper of RCB and the lord of the chinnaswamy, Virat Kohli came into the ground and was playing good but after facing 32 deliveries he went back to the pavilion as he gave a very simple catch to  Hardik pandya.

After kohli AB de Villiers took the command and was hitting the MI’s ballers. He banged  70 out of 41 deliveries.

RCB required 7 runs from the final over a six would have changed the entire scene but could only manage to take a single on the last delivery. Mumbai Indians started celebrating, later replays showed that Lasith malinga had overstepped.

Eventually an umpiring mistake on the final delivery of the last over costs the RCB a six run defeat against Mumbai Indians.

Virat kohli seemed very annoyed with the Umpires carelessness as it could have been the turning point.

Virat kohli said: “We are playing at IPL level, not club cricket. That’s just a ridiculous call off the last ball. The umpires should have their eyes open, it was a no-ball by an inch. It’s a completely different game altogether [if there was the extra delivery]. They should have been more sharp and more careful out there.”