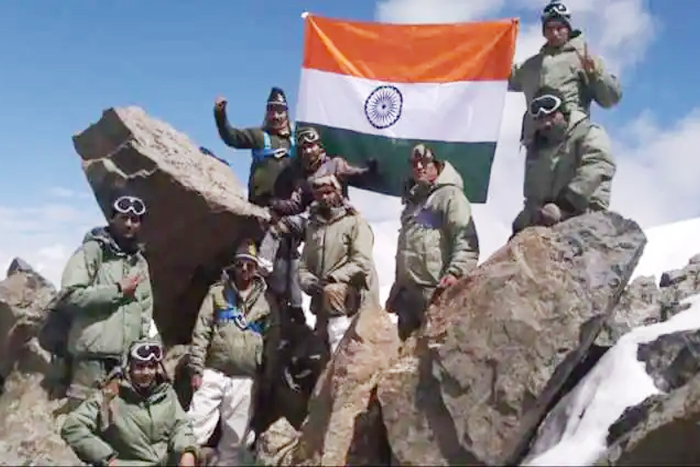 Prime Minister Narendra Modi took to Twitter to say, “We remember their sacrifices. We remember their valour. Today, on Kargil Vijay Diwas we pay homage to all those who lost their lives in Kargil protecting our nation. Their bravery motivates us every single day…”. He also shared an excerpt from his last year’s Mann Ki Baat radio programme.

We remember their sacrifices.

We remember their valour.

Today, on Kargil Vijay Diwas we pay homage to all those who lost their lives in Kargil protecting our nation. Their bravery motivates us every single day.

President Ram Nath Kovind, along with chief of defence staff General Bipin Rawat, was also scheduled to visit Drass today to pay homage to these soldiers at the Kargil War Memorial located on the foothills of Tololing but he could not reach Kargil due to an inclement weather.

While Rawat was already in Kargil where he took stock of the security situation on Sunday, army officials told news agency ANI that the President will now be laying a wreath at Baramulla War Memorial in Kashmir.

Meanwhile, Opposition party Congress also took to Twitter saying that they honour the “bravery and sacrifice” of the army. “Our tribute to the heroes who protect us & inspire the nation.”

Senior Congress leader Rahul Gandhi tweeted, “Heartfelt tributes to every soldier who laid down his life for the dignity of our tricolour.” “We will always remember yours and your family’s supreme sacrifice for the security of the country. Jai Hind,” he said.

Indian army’s Additional Directorate General of Public Information (ADGPI) also released a video on Twitter to pay a tribute to these soldiers. Calling the army “strong and capable,” ADGPI said, “26 July Kargil Vijay Diwas epitomises the Saga of Valour of our soldiers during #KargilWar. The gallant soldiers of #IndianArmy triumphed over Pakistani Invaders with undaunted courage & determination.”

On the solemn occasion of the 22nd Kargil Vijay Diwas, we remember and pay tributes to our fallen heroes who ensured the territorial integrity of our Nation. The Nation will always remain indebted for the valour & sacrifice of our #bravehearts. #OperationVijay#IndianArmy pic.twitter.com/X1fWCw9bW1

Union minister for law and justice, Kiren Rijiju, sharing his photo while laying a wreath for the martyrs, tweeted, “Today, on Kargil Vijay Diwas, we pay homage to all those heroes of our great nation who lost their lives in Kargil protecting our nation,” he wrote.