You are here
Home > Political Bawaal > Govt not allowing Opposition to discuss issues of national importance in Parliament: Rahul Gandhi 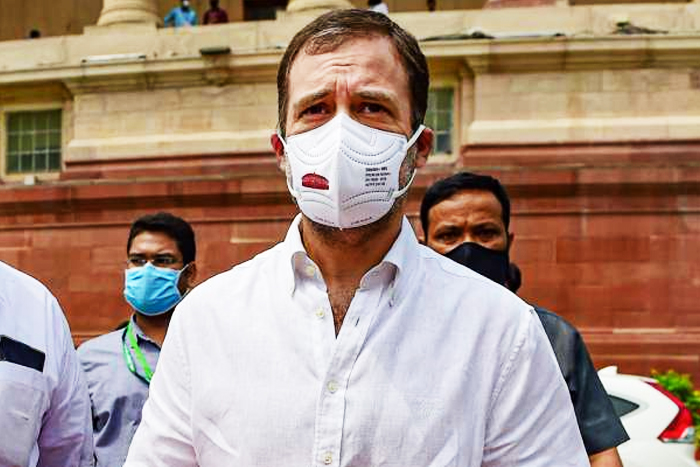 The opposition has been demanding a discussion on the Pegasus snooping issue and the repeal of the new farm laws in Parliament.

Congress leader Rahul Gandhi on July 29 asked the government not to waste more time of Parliament and let the opposition raise issues of inflation, farmers and Pegasus in the House.

He also said that the foundation of India’s democracy is that Parliamentarians should be the voice of people and discuss issues of national importance, but the Modi government is not allowing this to happen.

The opposition has been demanding a discussion on the Pegasus snooping issue and the repeal of the new farm laws in Parliament.

“The foundation of our democracy is that Parliamentarians should be the voice of the people and should discuss issues of national importance. The Modi government is not allowing the opposition to do this work.Don’t waste more time of the Parliament, let them talk about inflation, farmers and Pegasus,” Gandhi said on Twitter.

There continues to be a deadlock in Parliament over the Pegasus snooping issue with the opposition demanding a discussion and a Supreme Court monitored probe into it while the government is saying it has not done any snooping.

Opposition members have been giving adjournment notices in both houses of Parliament to allow the Pegasus issue to be discussed, which have been rejected by the chair.

Congress and other opposition leaders have given such notices on Thursday also.

An international media consortium has reported that over 300 verified Indian mobile phone numbers were on a list of potential targets for surveillance using Israeli firm NSO’s Pegasus spyware.