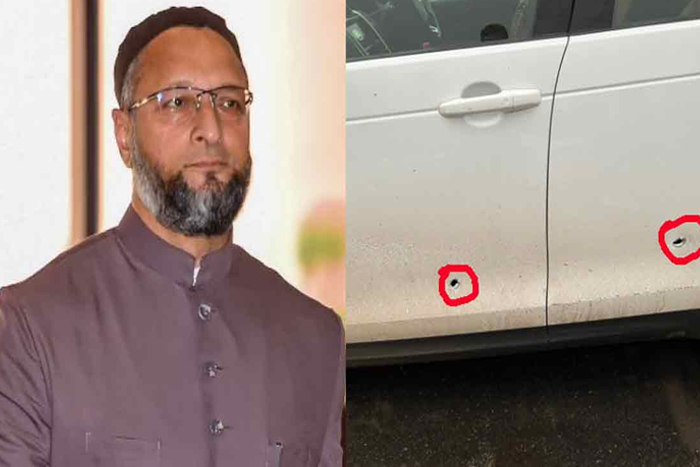 The two persons accused of firing at Asaduddin Owaisi’s car in Meerut were following him for a few days and used to attend almost every public rally of the AIMIM chief, sources said.

According to the sources, the duo — Sachin and Shubham — were planning to carry out the attack on Owaisi for some time. They used to attend almost every public rally by Owaisi and were also present at the site of his poll rally in Meerut on Thursday. The CCTVs of Owaisi’s Meerut rally will also be looked into by the police.

Sources said both the accused were chasing Owaisi for the past several days but were not getting the chance to attack him. When Owaisi was returning from Meerut to Delhi, his vehicle stopped at the toll. Seeing the opportunity, the accused persons fired at his vehicle.

Police officials who questioned the accused told India Today that they were ideologically radicalised and eccentric in nature.

According to sources, Sachin, one of the accused, told the police that he was very angry with the speeches of Asaduddin Owaisi and his Akbaruddin. Both the accused said that the Owaisi brothers offended their faith.

Sachin had bought a country-made pistol only a few days ago, sources said. The police are trying to find the person who supplied him with the weapon.

The plan was that after firing at Owaisi, both the accused would go straight to the police station to avoid the crowd, sources said.