You are here
Home > DAILY BAWAL > Covid third wave likely this month, may peak in October 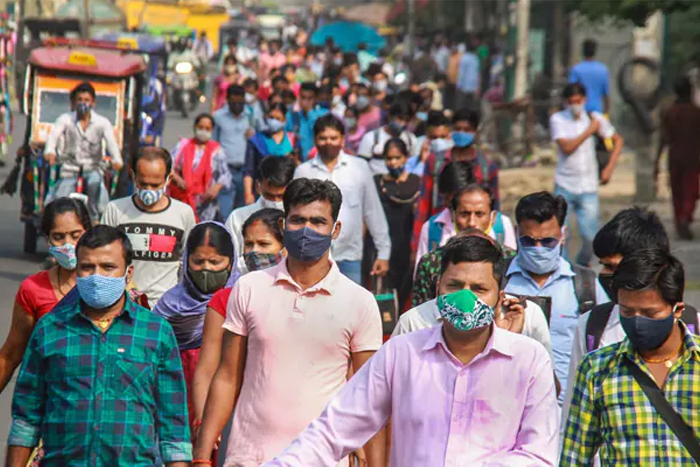 Covid third wave likely this month, may peak in October

The third wave of Covid-19 is unlikely to be as brutal as the second wave when India reported 400,000-plus daily cases and came down after that, according to researchers.

India may see another rise in Covid-19 cases as soon as August with the third wave peaking with less than 100,000 infections a day in the best-case scenario or nearly 150,000 in the worst scenario, researchers have said. Bloomberg reported citing researchers led by Mathukumalli Vidyasagar and Manindra Agrawal at the Indian Institute of Technology (IIT) in Hyderabad and Kanpur respectively that the surge in Covid-19 cases will push the third wave of the coronavirus pandemic, which may peak in October. Vidyasagar told Bloomberg in an email that states with high Covid-19 cases, such as Kerala and Maharashtra, could “skew the picture.”

The third wave of Covid-19 is unlikely to be as brutal as the second wave when India reported 400,000-plus daily cases and came down after that. The prediction by the researchers, who accurately forecast the lessening of the surge in Covid-19 cases earlier this year, is based on a mathematical model.

In May, Vidyasagar, a professor at IIT Hyderabad said India’s coronavirus outbreak could peak in the coming days based on the mathematical model. “Our predictions are that the peak will come within a few days. As per current projections, we should hit 20,000 cases per day by the end of June. We will revise this as needed,” Vidyasagar told Bloomberg by email.

However, in April, Vidyasagar’s team’s prediction that the wave would peak by the middle of last month was incorrect. He wrote on Twitter at the time that it was because of incorrect parameters as “the pandemic was changing rapidly, even wildly, until about a week ago.”

He also told Reuters that the peak would be between May 3-5 and to India Today that it would come on May 7.

India reported 41,831 Covid-19 cases and 541 deaths on Sunday even as the Centre cautioned 10 states, including Kerala, Maharashtra and northeastern regions, amid the rising infections and asked them to take steps to arrest the spread of the coronavirus.

Experts have also warned that the Delta variant of the coronavirus, which spreads as easily as chickenpox and can be passed on by vaccinated people, can fuel the surge. According to data from the Indian Sars-CoV-2 Genomic Consortium (INSACOG), nearly 8 of every 10 Covid-19 cases in May, June and July were caused by the highly infectious Delta variant of the coronavirus.