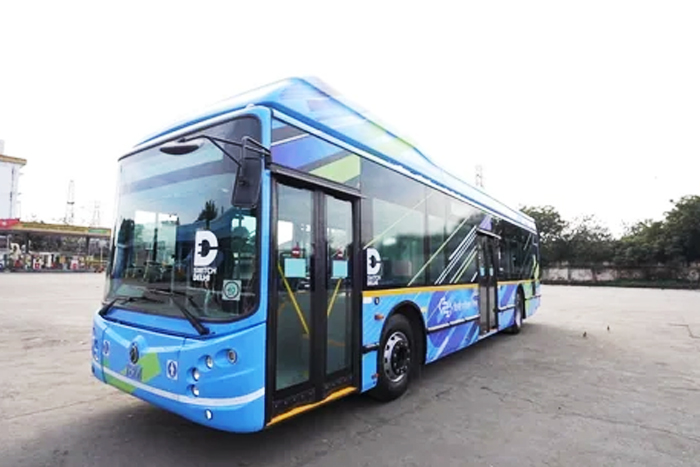 The electric buses are being procured by the Delhi government in order to combat the air pollution in the national capital. More buses will be added to the DTC fleet starting February.

Delhi transport minister Kailash Gahlot will be present on the occasion. The electric buses are being rolled out to combat air pollution in the national capital.

The prototype bus, which arrived earlier this month, will run on 27-kilometre-long Route E44 (Pragati Maidan to IP Depot via ITO, Safdarjung, Ashram). It has been manufactured by JBM Auto Limited.

Fifty more e-buses are expected to be inducted into the DTC fleet next month, when the roll out for mass public transport begins.

There are 2,300 total electric buses in the pipeline. Out of these, 1,300 will be procured by the DTC and the rest 1,000 will operate under the cluster scheme.

According to Gahlot, e-buses will be added in batches of about 50 every month after the first roll out in February.

The Delhi government will equip bus depots with charging stations for these e-buses. This will be done in phases.

Further, the DTC will build four “hybrid” bus depots, which will be a combination of electric and CNG buses. These will be the Subhash Place depot, Rajghat depot, Hasanpur depot and Bawana.

Before this, Delhi saw 6,000 buses in the fleet of Delhi transport department during the 2010 Commonwealth Games.

The new AC CNG buses will run from Ghumanhera depot in outer Delhi to cater to Delhi’s rural areas, on nine cluster bus routes in Delhi.