You are here
Home > DAILY BAWAL > Women, Children Among 13 Dead In UP After Falling Into Well At Wedding 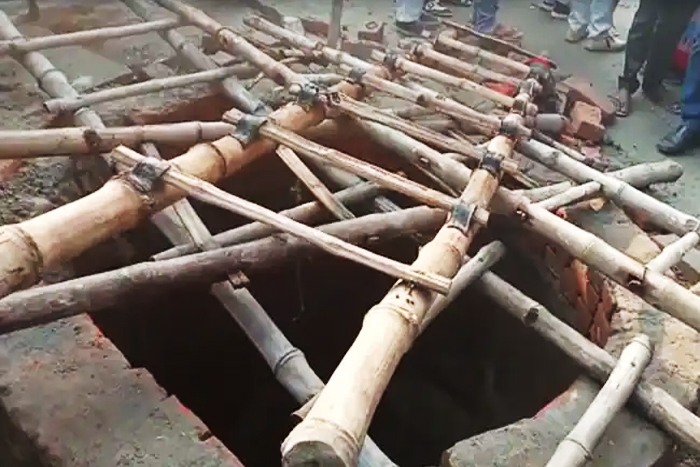 Women, Children Among 13 Dead In UP After Falling Into Well At Wedding

Officials said the women and children were sitting on a slab that covered an old well. The slab collapsed under the weight and all of them fell into it.

According to officials, women and children at the wedding were sitting on a slab that covered an old well. The slab collapsed under the weight and those sitting on top of it fell into the well. They were rushed to the hospital, where 13 people were declared dead. Two people have suffered serious injuries in the incident.

Visuals from the hospital showed relatives, still in their wedding finery, mourning their loved ones lost in the tragedy. District Magistrate S Rajalingam told the media, “We have received information that 11 people have died and two others have been seriously injured after they accidentally fell into a well. This happened during a wedding programme where some people were sitting on a slab of a well and due to heavy load, the slab collapsed.”

Later, speaking to news agency ANI, Akhil Kumar, ADG, Gorakhpur zone, said the death count had climbed to 13. “The incident occurred last night around 8.30 pm in Nebua Naurangia, Kushinagar, during a wedding programme when some people were sitting on a slab covering a well. The slab broke under the weight,” Mr Kumar said.

The district magistrate said a compensation of ₹ 4 lakh would be paid to the family of each person killed in the incident.

Prime Minister Narendra Modi described the incident as “heart-rending”, expressed his condolences and prayed for the swift recovery of the injured.

Uttar Pradesh Chief Minister Yogi Adityanath has expressed his condolences over the tragedy. The official handle of the Chief Minister’s Office tweeted that he has directed officials concerned to conduct rescue and relief operations immediately and provide proper treatment to the injured.