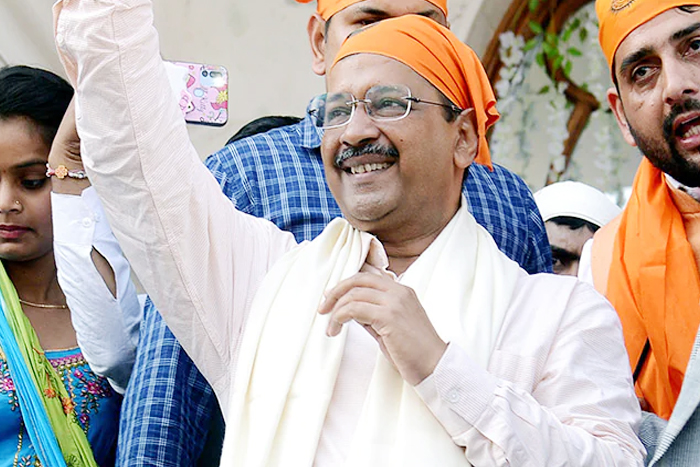 Responding to an appeal by Mr Channi based on allegations of Arvind Kejriwal being a separatist-sympathiser recently floated by a former AAP leader, poet Kumar Vishwas, Amit Shah has written back that the charges will be investigated, “seriously”.

The AAP chief, however, has said he sees the bonhomie between the two political opponents as little more than a “comedy”.

“I have learnt the central government called up Mr Channi to write the letter last evening and demand an investigation. Over the next two days, the National Investigation Agency (NIA) will register an FIR against me,” Arvind Kejriwal said.

“I welcome all FIRs. But if this is how the central government deals with the security of the country, then I am quite worried about it… they have made national security a comedy. No agency found anything on me even after all these raids and one day the PM realises what a huge risk I am after a poet reads out a poem,” he said.

“All the corrupt have united. They have come together because they are scared of me. So yes, I am a terrorist for them. They can’t sleep peacefully because of me… 100 years ago they called Bhagat Singh a terrorist, and today, they are calling me, a disciple of Bhagat Singh, a terrorist,” Mr Kejriwal said.

“I must be the sweetest terrorist in the world who makes hospitals and schools for people, sponsors pilgrimage trips for the old. I don’t believe the world has seen such a terrorist yet who has roads made, fixes water problems, gives free electricity and solves people’s issues,” he added.

That the Delhi Chief Minister may soon find himself under an anti-terrorist investigation was affirmed by Union Home Minister Amit Shah on Friday evening as he assured Charanjit Singh Channi that the government has taken allegations of the AAP being supported by banned separatist group Sikhs for Justice or SFJ.

“I want to assure you that no one will be allowed to play with the unity and integrity of the country. The government of India has taken the matter very seriously and I myself will look into the matter deeply,” Mr Shah wrote.

He said a political party having relations and getting support from a terrorist and banned organisation is a serious matter about the unity and integrity of the country.

Echoing one of PM Modi’s campaign speeches in Punjab, Mr Shah said the agenda of such forces is no different from the agenda of the country’s enemies.

“This is highly condemnable that to grab power such people go to the extent of joining hands with the separatists and also go to the limits of breaking Punjab and the country,” he said.

Mr Channi had written to Prime Minister Narendra Modi alleging that he had received a letter by the SFJ which showed that the group is in constant touch with the AAP. The group had lent its support to the AAP in the 2017 polls as it is doing now, he claimed, citing the letter.

“These allegations also deserved to be probed comprehensively and necessary action taken accordingly. I hope you would consider this and take appropriate necessary action immediately keeping in view the seriousness of the matter involved as Punjab has already suffered heavily due to these separatist forces,” the Congress leader had written.