You are here
Home > Political Bawaal > Will pay 50% of funds needed to run Delhi Metro if Centre pays the rest: CM Kejriwal 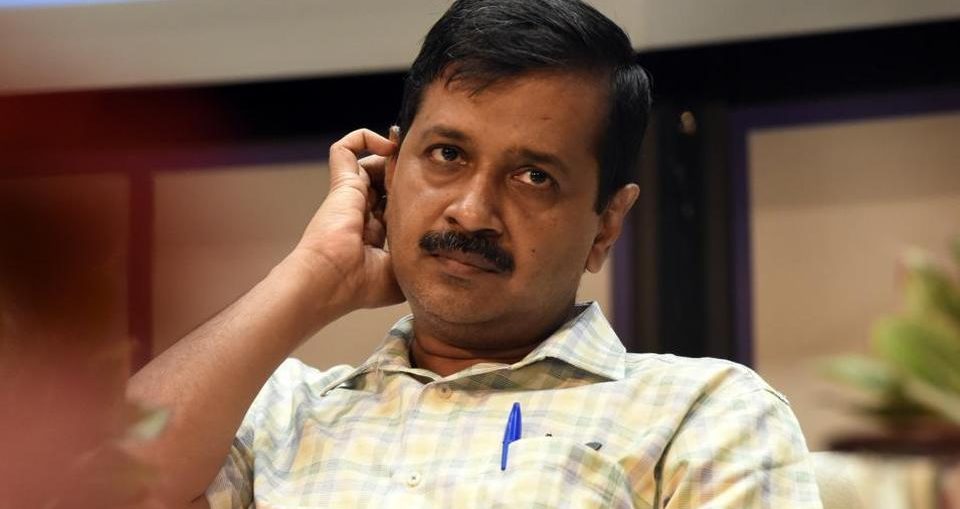 The Delhi chief minister said his government was ready to take over Delhi Metro provided the Centre was willing to work with it over the funding issue. The CM had termed the new fare hike as ‘anti-people’ and sought to keep the rates unrevised.

Delhi chief minister Arvind Kejriwal during the flag off ceremony of the metro heritage line from ITO – Kashmere Gate section in New Delhi on May 28, 2017.

Delhi chief minister Arvind Kejriwal on Sunday offered to take over Delhi Metro and promised to make the capital’s most popular mode of mass transport more efficient, his latest salvo in a face-off with the Centre over a proposed fare hike.

In a letter to Union housing and urban affairs minister Hardeep Singh Puri, Kejriwal also said his government was willing to provide half of the funds required by the Delhi Metro Rail Corporation (DMRC) to meet the gap in operating finances but only if a matching grant is provided by the Centre.

The chief minister’s offer came a day after Puri said the Delhi government will have to pay Rs 3,000 crore annually for five years to put off the metro fare hike, set to be implemented from Tuesday.

Kejriwal has termed as “anti-people” the proposed hike, which will affect an estimated 28 lakh people who take the metro daily in the national capital region that includes parts of Haryana and Uttar Pradesh.

The hike will be the second in eight years.

DMRC managing director Mangu Singh met the chief minister on Sunday amid frantic efforts by the Aam Aadmi Party (AAP) government to stop the hike. Delhi transport minister Kailash Gahlot earlier threatened Singh to “remove” him from the post if the fare hike is implemented.

“If the central government agrees, the Delhi government would be willing to takeover DMRC. We are confident that we will be able to fund DMRC by improving its efficiency rather than effecting steep fare hikes and provide affordable means of transport of Delhi people,” Kejriwal in the letter to Puri.

“I can understand your reservation about issuing a direction under the DMRC Act, the simpler course would be to advise the nominees of the central and Delhi government on the board of DMRC to postpone the hike for a few months,” Kejriwal added, though such a possibility looks remote.

The chief minister took a swipe at the Centre over his frequent allegations that the BJP-led government had been trying to create impediments for the AAP government.

“From recent developments, it is becoming evident that the relationship is not one of equal partners since what the Delhi government proposes is often summarily disposed by the central government,” he added.

The Delhi assembly is likely to pass a proposal against the fare hike on Monday. The proposal was moved by Gahlot on Wednesday.

Delhi Metro’s minimum fare was increased from Rs 8 to Rs 10 while maximum from Rs 30 to Rs 50 in May this year. The new fare hike will make metro rides costlier by a maximum of Rs 10 for those who travel over two kilometers.

Kejriwal’s administration and the federal government have often locked horns on several issues. The turf war between the two is also expected to play out in the Supreme Court next week when it hears a petition by the AAP government challenging the powers of the lieutenant governor, an authority that functions on the recommendations of the Centre.