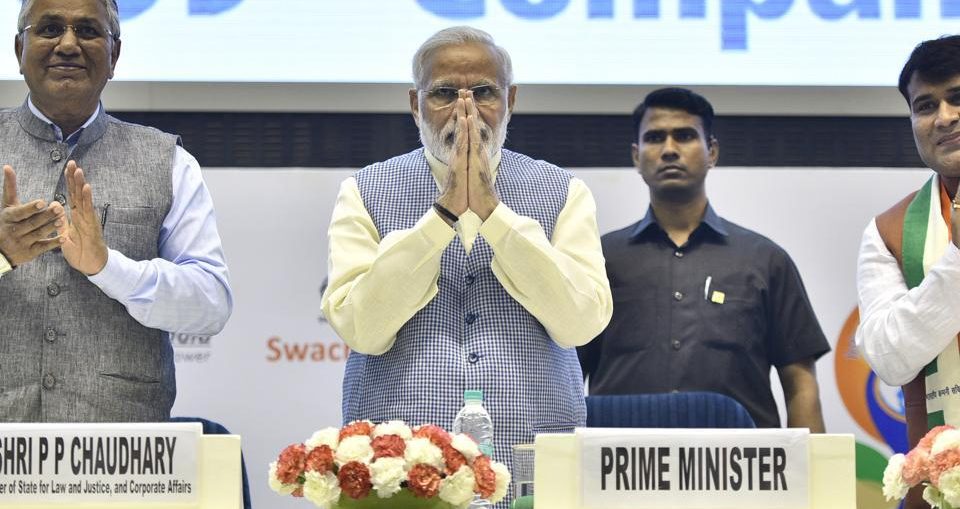 Prime Minister Narendra Modi defends his government’s management of the economy, RBI lowers growth forecast to 6.7%, Arvind Kejriwal says he is an elected chief minister, not a terrorist. Here are the top stories to keep you up to date.

Prime Minister Narendra Modi at an event at Vigyan Bhavan in New Delhi on Wednesday, October 4, 2017.

Prime Minister Narendra Modi on Wednesday strongly defended his government’s management of the economy, pledging to reverse a downturn in economic growth. The Prime Minister, in a speech at an event organised by the Institute of Company Secretaries of India, admitted that economic growth has slowed, but added that his government is “committed to reversing the trend”. Modi highlighted the country’s hard-won macroeconomic stability – it is no longer part of the so-called Fragile Five, or countries that stood to lose the most in 2013 from the US Federal Reserve’s decision to end its fiscal stimulus – listed his government’s reformist initiatives (87 reforms across 21 sectors), and pointed to recent data that shows the emergence of green shoots in the economy.

Rahul Gandhi in Amethi: If Modi can’t help youth and farmers, he should say so; Cong will do it in 6 months

Congress vice-president Rahul Gandhi on Wednesday stepped up his attack on Prime Minister Narendra Modi, saying if the PM was not able to provide jobs to youths and help farmers he should make way for the Congress. Addressing a chaupal (meeting) of farmers at Kathaura village on the first day of his three-day visit to his Lok Sabha constituency Amethi on Wednesday, he said: “Modi should not waste India’s time. He should begin providing jobs to the youth. There are two main issues in India, the issue of farmers and that of providing employment. Others are smaller issues. If Modiji is not able to do it, he should tell the Congress to take over and we will do this work in six months.”