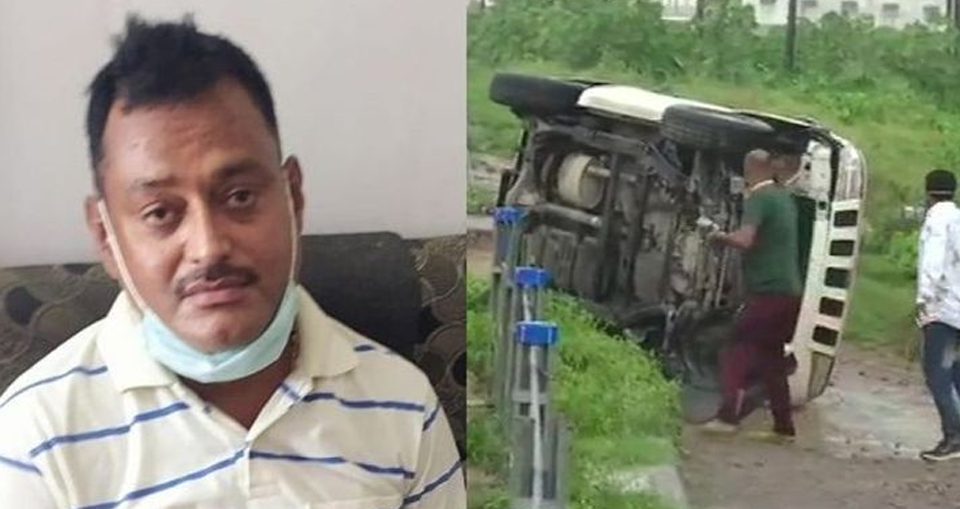 Vikas Dubey Encounter: The UP gangster was being brought to Kanpur from Madhya Pradesh’s Ujjain on Friday, when one of the cars in the police convoy overturned. The police allegedly fired at Dubey as he attempted to snatch a weapon and flee the scene.

Uttar Pradesh gangster Vikas Dubey was allegedly shot dead Friday morning as he was being brought to Kanpur from Madhya Pradesh’s Ujjain. While being transported, one of the cars in the police convoy overturned. The police allegedly fired at Dubey after he attempted to snatch a weapon and flee the scene.

Dubey was arrested in Ujjain on Thursday from the Mahakaleshwar temple. He had been on the run since July 3 when police tried to raid his village, Bikru, near Kanpur. Since then, the police have killed five of his close aides, including his personal bodyguard.

The arrest of Vikas Dubey Thursday was announced by Madhya Pradesh Home Minister Narottam Mishra. Mishra said Dubey had come to Ujjain by road from Kota in Rajasthan. “Matters of intelligence should not be disclosed. It’s immaterial whether he was arrested from inside or outside the (Mahakaleshwar) temple. It would suffice to say that he was arrested in Ujjain,” Mishra said.

Ujjain superintendent of police Manoj Kumar Singh in a late night press conference said the police action had been “clear and transparent”. He said Dubey had been recognised by the man from whom he bought flowers at the temple. The vendor, Rajesh Kumar, had seen pictures of the gangster on TV.

Dubey, the SP said, had bought a Rs 250 ticket for VIP darshan at the temple. As he was leaving, he entered into an argument with security guards after they asked him for his name. He was then overpowerd by the guards and taken to the police station, where officers ascertained him identity.

Later, the UP Police Special Task Force (STF) reached Ujjain and was given custody of Dubey.

Senior police officers told Dubey could have possibly strategised his arrest to avoid being killed by the police in an “encounter”.

“There are CCTV cameras everywhere and the private security guards inside the temple premises don’t carry guns. A surrender before the police anywhere else would have been risky for him,” a senior officer said.

During the raid on the intervening night of July 2 and 3, eight police personnel, including a Deputy Superintendent of Police and three Sub-Inspectors, were killed after coming under heavy fire.

Dubey, a notorious criminal, had around 60 cases against him, including murder and attempt to murder.