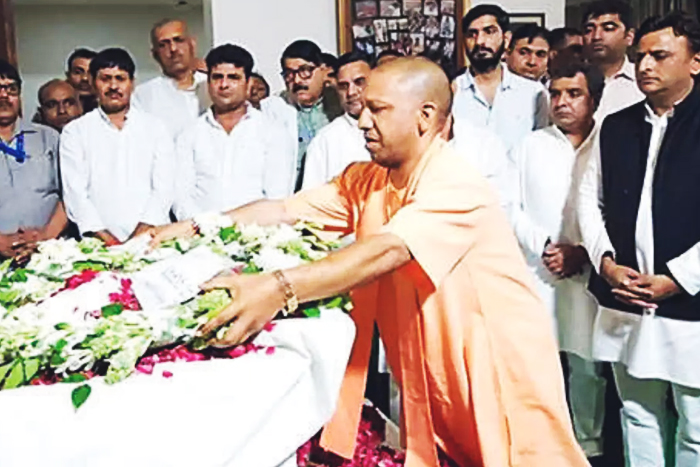 Before visiting Saifai, Yogi Adityanath tweeted that he will be heading to Mulayam Singh Yadavs native village Saifai to pay his respects to the late leader.

Mulayam Singh Yadav will be cremated in Saifai, his native village in Etawah district, on Tuesday at around 3 pm, Samajwadi Party said in a statement.

As tributes and condolences started pouring in from leaders across the country, Prime Minister Narendra Modi on Monday paid tributes to Samajwadi Party (SP) supremo and veteran leader Mulayam Singh Yadav and called him a “humble and grounded leader”.

Mulayam Singh Yadav, Samajwadi Party supremo, was the chief minister of Uttar Pradesh on three different occasions and was popularly known as Netaji.