You are here
Home > DAILY BAWAL > Terrorist, involved in killing of two labourers in J&K, gunned down in Baramulla 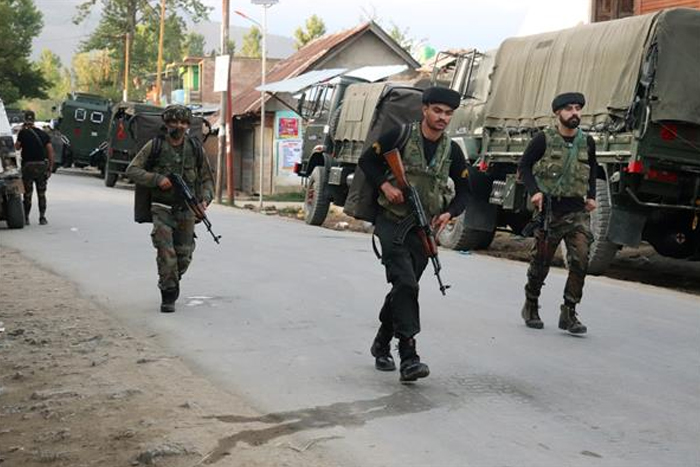 Terrorist, involved in killing of two labourers in J&K, gunned down in Baramulla

The terrorist was killed in retaliation after he fired on the additional director of police (ADP) of Army and Police in Cherdari, Baramulla.

The Jammu and Kashmir police gunned down a terrorist during an encounter between security forces and terrorists in Baramulla district. The terrorist, identified as Javed Ahmed Wani, had assisted terrorist Gulzar who was responsible in the murder of the two labourers from Bihar, the police said on Thursday.

According to the J&K police, terrorists fired on the additional director of police (ADP) of Army and Police in Cherdari, Baramulla causing alert parties to retaliate. At least one pistol, one loaded magazine and one Pakistani grenade was recovered from the terrorist’s possession.

“Killed terrorist is hybrid type, identified as Javed Ah Wani of Kulgam district and he has assisted terrorist Gulzar (who was killed on 20th Oct) in killing two labourers from Bihar in Wanpoh. He was on a mission to target one shopkeeper in Baramulla,” IGP Kashmir Vijay Kumar was quoted as saying by news agency ANI.

Last week, the Kulgam police had killed two Lashkar-e-Taiba (LeT) terrorists who were part of a group involved in the recent civilian killings of two labourers from Bihar at Wanpoh area of the district. Incriminating materials, arms and ammunition including 01 AK series rifle and a pistol recovered from their possession were taken case records for further investigation.

A case was registered under relevant sections of law and further investigation is in progress, the police had said.