You are here
Home > DAILY BAWAL > Aryan Khan Gets Bail After 3 Weeks, May Be In Jail Till Saturday 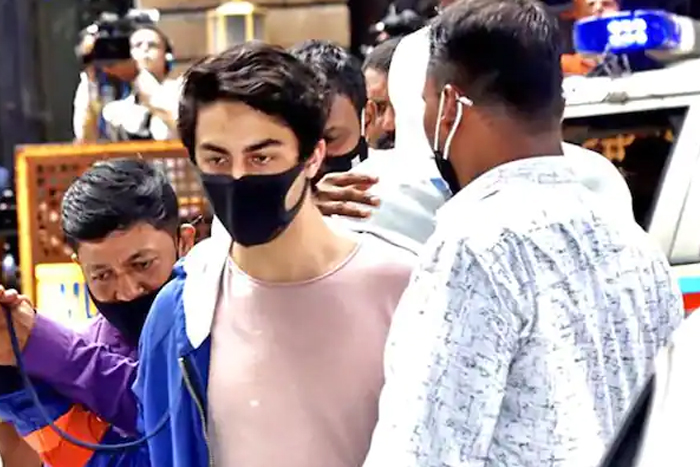 Aryan Khan Gets Bail After 3 Weeks, May Be In Jail Till Saturday

Aryan Khan Bail: Aryan Khan, 23, has been in custody since October 3, hours after drug raids on a cruise ship party by the Narcotics Control Bureau.

Aryan Khan Bail: Aryan Khan, 23, has been in custody since October 3, hours after drug raids on a cruise ship party by the Narcotics Control Bureau.

Aryan Khan, 23, was taken into custody on October 3, hours after drug raids on a cruise ship party by the Narcotics Control Bureau (NCB). The star son has been in Mumbai’s Arthur Road jail since October 8 and had been denied bail twice.

Aryan Khan’s lawyer Mukul Rohatgi, former Attorney General of India, had argued in court that no drugs were found on him and that the grounds for his arrest were flimsy.

The NCB, however, claimed he was part of a conspiracy and that his WhatsApp chats revealed his involvement in illicit drug dealings.

The case ignited a debate over whether Aryan Khan’s incarceration was justified, given that no drugs were found on him and there were no signs of use. Social media has been flooded with messages of support, with many calling the arrest a witch-hunt.

The Khans’ Mumbai home, “Mannat”, usually features legions of fans waiting for a glimpse of SRK, especially on his birthday November 2. In the past few weeks, scores of people showed up in solidarity, holding up posters and messages for their idol. Within the film industry, besides Salman Khan, Farah Khan and Hrithik Roshan, few others have openly showed their support.

Mr Rohatgi said the arrest was wrong and infringed on his constitutional guarantees. He also told the court that the case against Aryan was built entirely on two-year-old WhatsApp chats that were “irrelevant” and had nothing to do with the cruise.

“These are young boys. They can be sent to rehab and they need not undergo trial,” Mr Rohatgi said.

The special anti-drugs court that denied him bail last week had said he knew about charas hidden in his friend Arbaaz Merchant’s shoe, and this amounted to “conscious possession”.

Mr Rohatgi called this view far-fetched. “I have no control over what is found in Arbaaz’s shoe. There is no question of conscious possession. Arbaaz is not my servant, he is not in my control,” he said.

Yesterday, the anti-drugs agency asserted that Aryan Khan was a regular consumer of drugs and that his WhatsApp chats point at the procuring of “hard drugs” in commercial quantity.

“He is a regular consumer since last few years and he has been procuring drugs. There is a reference of procuring drugs in commercial quantity and the drugs are hard drugs. He has been in contact with peddlers,” said Mr Singh.

When the judge asked on what basis the agency had found him dealing in a “commercial quantity”, the NCB referred to his WhatsApp chats.

“WhatsApp chat I am relying on will show he had made an attempt to deal with commercial quantity. Not only that, when they were apprehended on the ship, multiple drugs were found with all eight. It cannot be a coincidence. If you see the quantity and nature of drug it cannot be coincidence,” Mr Singh said.

Mr Rohatgi countered that there were 1,300 people on the cruise. “There are 500 rooms in the Taj. If two people are consuming in two rooms will you hold the entire hotel? There is absolutely no material for purposes of conspiracy,” he said.

The officer leading the drugs-on-cruise investigation, Sameer Wankhede, is facing an internal probe within the narcotics bureau and another by Mumbai Police over allegations of bribery and extortion related to the case.