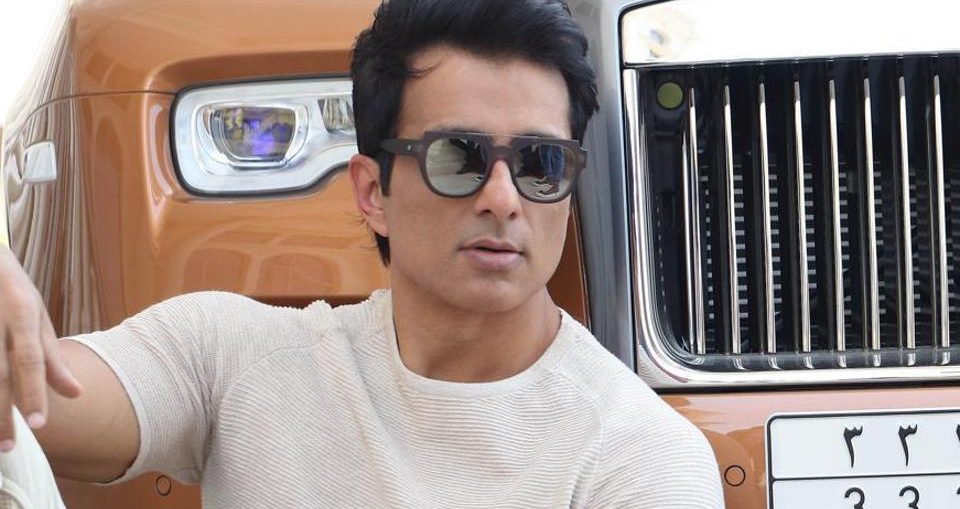 Bollywood actor Sonu Sood, who has joined Kangana Ranaut for her ambitious period drama – Manikarnika, looks every bit the Maratha warrior he plays in the pictures that appear to have leaked online from the sets. Directed by Krish, Manikarnika will see Ankita Lokhande as a Maratha soldier Jhalkarbai while Sonu is essaying the role of Sadashiv. Kangana is playing the titular role of Rani Lakshmibai and Atul Kulkarni will be seen as Tatya Tope.

Clad in a black bandgala and paired with a black and golden pagdi, Sonu’s look is completed with golden jewellery and black mojris. Sonu looks royal, confident and quiet impressive in the pictures that are going viral online.

Talking about his role in the project, Sonu had earlier said in a press statement, “It’s challenging to play a real life character because you know that it existed in the history and you have certain parameters to follow and stay within. I’m sure when you’re working with a brilliant director like Krish, a huge ensemble and a brilliant technical team, there is no way to go wrong. So we are all on our toes to give our best.”

The film faced some resistance earlier in February when a group Sarv Brahmin Mahasabha from Rajasthan alleged that the film features a romantic scene between Rani Lakshmibai and a British East India company agent. Reacting to the protests, Kangana had said, “It is very lowly (neech baat) to even think like that about Rani Laxmibai. We cannot even think like that, the kind of things they are saying. What they are saying is actually defaming. There is nothing like that. It is idle talk and I don’t know why it is being said.”