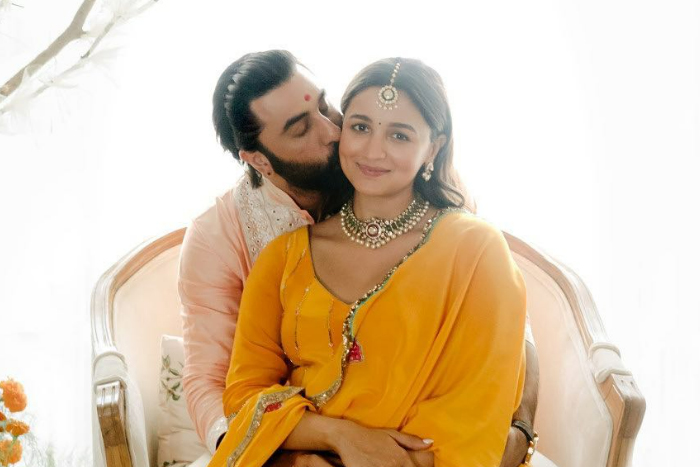 New Delhi: It’s a girl! Alia Bhatt and Ranbir Kapoor welcomed their first child, a baby daughter on Sunday (November 6). The actress arrived at HN Reliance Foundation Hospital, Mumbai, at 7 am and gave birth to a baby girl at 12:05 pm. Alia Bhatt shared the post on her Instagram handle which read, “And in the best news of our lives:- Our baby is here…and what a magical girl she is. We are officially bursting with love – blessed and obsessed Parents!!! love love love Alia and Ranbir.” On Sunday morning, Alia and Ranbir were spotted arriving at HN Reliance Foundation Hospital, Mumbai. The couple got married in April this year in an intimate ceremony at their Mumbai residence Vastu and in June, Alia announced her pregnancy on her Instagram handle.

Here have a look:

Meanwhile, on the work front, both Alia Bhatt and Ranbir Kapoor are basking in the success of their recently released film Brahmastra. Helmed by Ayan Mukerji, the movie also featured Amitabh Bachchan, Shah Rukh Khan, Nagarjuna and Mouni Roy. Next, Alia will be seen in Rocky Aur Rani Ki Prem Kahani. Also, she will be making her Hollywood debut with Heart Of Stone, starring Gal Gadot. Ranbir Kapoor, on the other hand, has Animal and Luv Ranjan’s untitled with Shraddha Kapoor in his lineup.