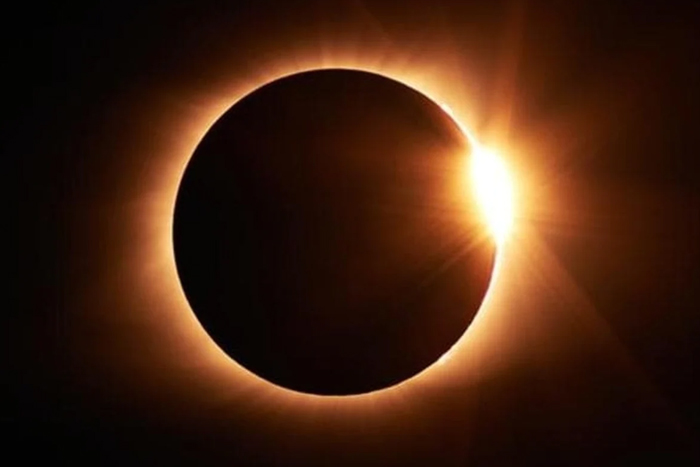 Both NASA and Timeanddate.com have published the live stream link of the solar eclipse 2021, so that everyone can watch this rare astronomical event online on June 10.

Solar Eclipse 2021: The first Solar Eclipse of this year will take place on June 10, which is tomorrow. This celestial event comes just days after the year’s first super blood moon and total lunar eclipse, which took place on May 26. As per the map published by NASA, the solar eclipse will be visible in India, but only from Ladakh and Arunachal Pradesh.

Those who are based in parts of the eastern United States, northern Alaska, Canada and parts of the Caribbean, Europe, Asia, and northern Africa will get to see the solar eclipse. In most of the areas, the 2021 annular solar eclipse event will start at 01:42 PM (IST) and it will be at its peak at 06:41 PM (IST).

A total solar eclipse happens when the Moon passes between Earth and the sun and blocks the light of the Sun. But, when the Moon is too far from earth, it looks smaller and does not block the entire view of the Sun. This creates what looks like a ring around the Moon.

It is worth noting that only partial solar eclipses can be observed from the North and South Poles, as per NASA.

NASA says hundreds of years ago when people observed the Moon during an eclipse, they saw Earth’s shadow on the Moon and discovered that the Earth is round. “Even after all these years, scientists are still learning about the Moon from lunar eclipses, NASA said.

Scientists also use solar eclipses as an opportunity to study the Sun’s corona, which is basically the Sun’s top layer. During an annular solar eclipse, NASA uses “ground and space instruments to view the corona when the Moon blocks the Sun’s glare.”