You are here
Home > DAILY BAWAL > As PM, Yogi Adityanath Meet Today Over UP Dissent, The Inside Story 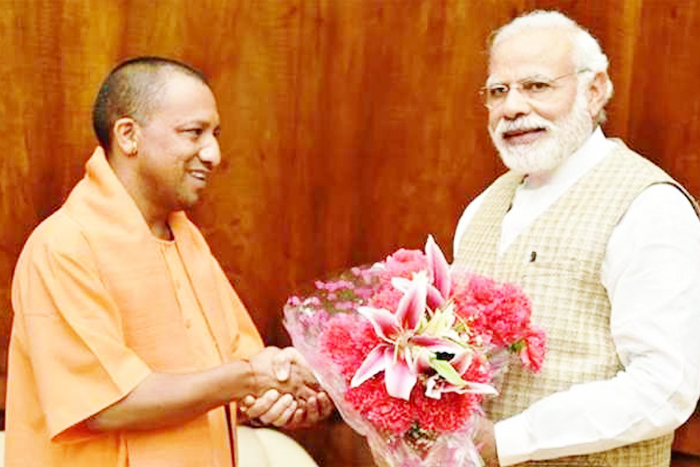 The BJP brass is deeply worried about the leadership in Uttar Pradesh after receiving feedback from several sources, including MPs, MLAs and state ministers.

Yogi Adityanath’s meetings with Prime Minister Narendra Modi and other top BJP leaders in Delhi are part of the Uttar Pradesh Chief Minister’s effort to reassert control as he faces unprecedented dissent and a worried central leadership.

The BJP brass is deeply worried about the leadership in Uttar Pradesh after receiving feedback from several sources, including MPs, MLAs and state ministers. State leaders of the BJP’s ideological mentor Rashtriya Swayamsevak Sangh (RSS), including Dattatreya Hosbale, have also given similar reports.

A three-day review in Lucknow by the BJP’s central leaders BL Santosh and Radha Mohan Singh has also turned up similar views.

All reports point at Yogi Adityanath’s inability to take everyone along, say sources.

The saffron-robed Chief Minister is rated as “inaccessible” to MPs and MLAs, and the disenchantment erupted into anger when UP was facing the worst of the second surge of Covid.

Sources say when the UP government was battling criticism and even condemnation on social media and global reports, the differences came out in the open.

The Chief Minister, sources say, is carrying documents from various departments to defend his track record and try and convince the leadership that his government did not mismanage the Covid crisis.

No matter how bad it looks, however, the party brass realizes that removing Yogi Adityanath – the BJP’s star election campaigner and one of its most popular faces — is off the table as the party prepares for polls in less than a year.

That leaves the BJP with the option of course-correcting though changes in the state cabinet and the organization.

The “compromise formula” being worked out between Yogi Adityanath and the national leadership is likely to turn into a negotiation over names.

The central leadership, say sources, is pressing for former bureaucrat AK Sharma to be taken into the UP cabinet. He is counted among PM Modi’s trusted aides.

Yogi Adityanath, on the other hand, is reportedly fighting to keep Swatantra Dev Singh as UP BJP president amid buzz that Delhi leaders are considering replacing him with a Brahmin face.

Sources say Delhi leaders want to make the Yogi Adityanath cabinet and party structure more “accommodating”. It will also require a fine balance of caste equations within the organization.

The Chief Minister has brought recommendations for the cabinet expansion.

He currently has 42 ministers and can add 18 more.