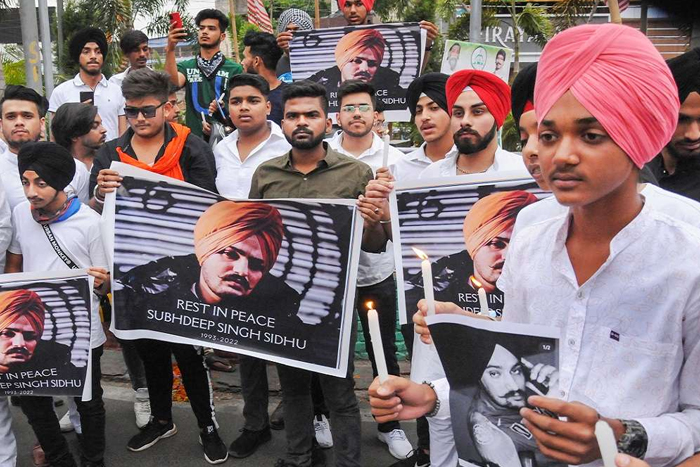 Out of them, the role of four in the murder has been established.

The Delhi Police had on Wednesday said gangster Lawrence Bishnoi was the mastermind behind the murder.

Siddhesh Hiraman Kamle, alias Mahakal, was arrested earlier this week from Pune in a joint operation with the Maharashtra Police under the Maharashtra Control of Organised Crime Act.

During joint interrogation of the Special Cell and Maharashtra Police, it was revealed that Mahakal introduced two shooters of Maharashtra module—identified as Santosh Jadhav and Navnath Suryavanshi—to the main perpetrator and they got Rs 3,50,000 each. Mahakal received Rs 50,000 for introducing the shooters to the mastermind, Dhaliwal said.

Mahakal, a close associate of the main shooter, is in 14-day custody of the Maharashtra Police.

“In the incident of threat letter to Bollywood actor Salman Khan, Brar has some role and we are probing it and the Maharashtra Police is further working on it,” Dhaliwal said.

“We are coordinating with police forces of different states. The Pune Police came to Delhi to interrogate Bishnoi,” he said.

The Delhi Police had said Bishnoi was the mastermind behind Moosewala’s murder, however, it did not divulge the details about the motive behind the killing.

Earlier, Bishnoi had told investigators that his gang members, including Canada-based Goldy Brar, hatched a conspiracy and killed Moosewala.

Lawrence had also alleged that Moosewala was involved in the killing of Akali Dal youth leader Vikramjit Singh, alias Vicky Middukhera, on August 7 last year which led to a “rivalry” between him and the Punjabi singer.

A team of the Pune rural police has travelled to Delhi to interrogate Bishnoi.

Jadhav, who has been identified as a shooter in the Moosewala murder case, is also an accused in a murder case in Pune, in which the stringent Maharashtra Control of Organised Crime Act (MCOCA) has been invoked against him.

On Thursday, the Mumbai police had claimed that three members of the Bishnoi gang had delivered a letter threatening Bollywood actor Salman Khan and his father, writer Salim Khan, and it was part of gangster Vikram Brar’s plan to terrorise them and extort money from them.

Kamble, who is also suspected to be involved in the Moosewala murder case, made this revelation during interrogation, they said.

Moosewala was shot dead by unidentified assailants in Punjab’s Mansa district on May 29.