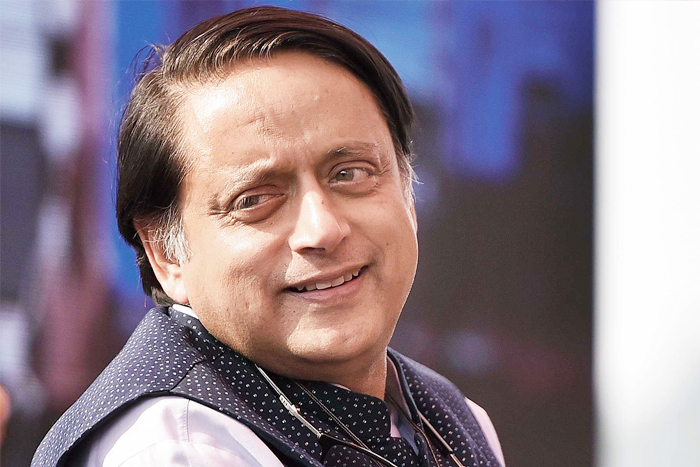 While Shashi Tharoor declined to comment on whether he would throw his hat into the ring, he has written an article for the Malayalam daily ‘Mathrubhumi’ calling for a “free and fair” election.

Senior Congress leader Shashi Tharoor is exploring the possibility of running for the post of Congress president, though he is yet to take a final call on it, sources said. They said he has not made up his mind, but could take a call on it soon.

In the article, he has said ideally the party should have announced elections also for the dozen seats on the Congress Working Committee (CWC) itself which are supposed to be elected.

“Allowing members of the party drawn from the AICC and PCC delegates to determine who will lead the party from these key positions, would have helped legitimize the incoming set of leaders and give them a credible mandate to lead the party,” said Mr Tharoor, who was among the group of 23 leaders who wrote to Congress chief Sonia Gandhi in 2020 seeking organisational reforms.

“Still, electing a fresh president is a start towards the revitalisation the Congress badly needs,” the MP from Thiruvananthapuram said.

Mr Tharoor said the election also has other beneficial effects — for instance, “we have seen the global interest in the British Conservative Party during their recent leadership race, a phenomenon we already witnessed in 2019, when a dozen candidates contested to replace Theresa May, and Boris Johnson emerged on top”.

Replicating a similar scenario for the Congress will similarly increase the national interest in the party and galvanise more voters towards the Congress party once again, he said in the article.

While the party as a whole is in need of renewal, the most urgent leadership position that needs to be filled is naturally that of the Congress president, Mr Tharoor said.

Given the current state of the party, the perception of crisis and the national picture, whoever assumes the mantle of president will undoubtedly need to achieve the twin goals of energising the Congress party workers and inspiring the voters.

“He or she should have a plan to fix what ails the party, as well as a vision for India. After all, a political party is an instrument to serve the country, not an end in itself,” he said.

“Either way, a free and fair election process would be a healthy way to go about settling the issue. It would legitimise the mandate being offered to the incoming president,” he said.

On the recent exit of party veteran Ghulam Nabi Azad, Tharoor wrote that the latest in a steady spate of departures has been fuelling incessant media speculation and a daily dose of obituaries for the party.

In turn, the Congress worker, who has already had to contend with the disappointment of the recent election results, risks further demoralisation, he said.

“The exit of valued colleagues does not help. I personally regret these departures, because I would have wanted these friends to stay in the party and continue to fight to reform it,” he said.

“As a signatory of the so-called ‘G-23’ letter, I should say that it reflected concerns building up over many months among party members and well-wishers who wanted a re-energised Congress. These concerns were about the party’s functioning not its ideology or values. Our only intention was to strengthen and revive the party, not to divide or weaken it,” Tharoor wrote.

Facing internal upheaval, the Congress on Sunday announced that the election for its president would be held on October 17, asserting that it is the only party in the country which follows such a democratic exercise.

The result will be declared on October 19.

The notification for the election will be issued on September 22, while the filing of nomination would begin on September 24 and continue till September 30.

However, uncertainty and suspense continue on the issue. Several party insiders say Rahul Gandhi is persisting with his stance that he will not be the AICC president.

Mr Gehlot on Wednesday had sought to play down reports about him being the frontrunner for the Congress president’s post and said efforts will be made till the last minute to persuade Rahul Gandhi to take over the reins of the party again.

Rahul Gandhi had resigned as Congress president after the party suffered its second consecutive defeat in the 2019 parliamentary elections.

Sonia Gandhi who took over the reins of the party again as interim president had also offered to quit in August 2020 after an open revolt by a section of leaders, referred to as G-23, but the CWC had urged her to continue.