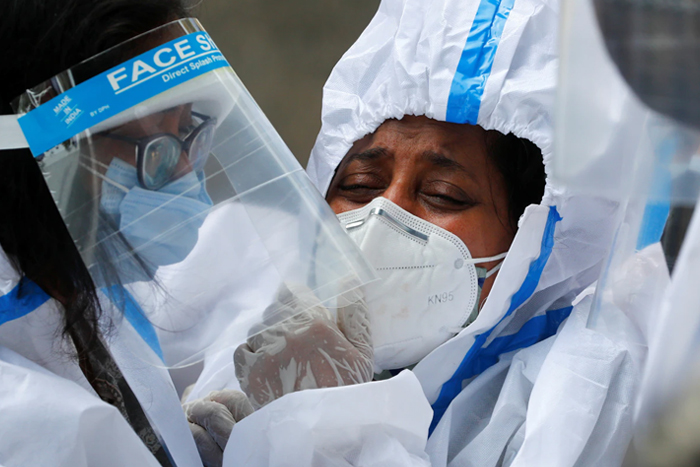 Three patients, who received single or double doses of vaccine earlier, are cured or are under home isolation without any complication.

At least seven cases of the new Delta Plus variant of Coronavirus have been confirmed in Madhya Pradesh, two of the patients have died. Doctors said they had not received any vaccination.

Three patients, who received single or double doses of vaccine earlier, are cured or are under home isolation without any complication.

Two others who did not receive any vaccination have also managed to defeat the infection, doctors said. One of them is a 22-year-old woman and the other a toddler aged two years.

Three of the patients are from state capital Bhopal, two from Ujjain and one each from Raisen and Ashok Nagar districts.

All seven patients were tested Covid-positive last month. But genome sequencing of their samples at the NCDC established the Delta Plus variant in June.

Madhya Pradesh is one of the three states where the AY.1 or Delta Plus strain — a mutation of the Delta strain which drove the second wave of the virus in the country – have been found. The other two states are Kerala and Maharashtra. One case of Delta-Plus virus has also been detected in Jammu and Kashmir.

While the parent Delta strain is highly infectious, not much is known yet about the Delta-plus — including how infectious or fatal it is. The Health Ministry has said it is under surveillance.

Counting the Delta-Plus version as a “variant of concern” the Centre has asked states where it surfaced to enforce strict restrictions, including containment.

According to experts, the Delta Plus has been found in nine countries – US, UK, Portugal, Switzerland, Japan, Poland, Russia, China and India.

On Thursday, Madhya Pradesh recorded 62 new cases of coronavirus and 22 fatalities, raising the tally of infections in the state to over 7.89 lakh and the number of deaths to over 8,800, as per official data.