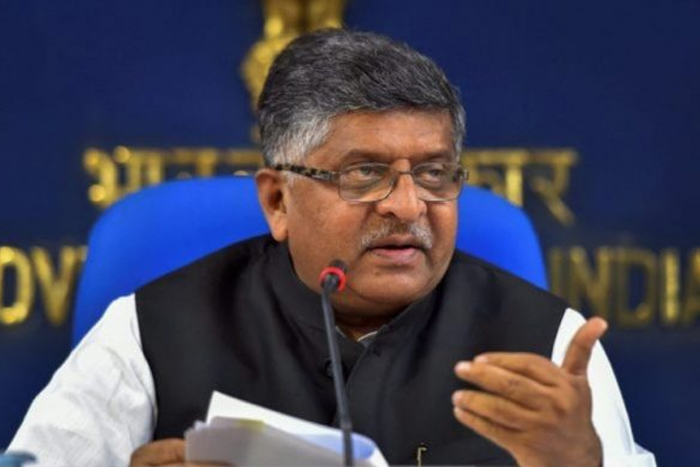 This comes against the backdrop of the microblogging giant being in a tussle with the Indian government since last month over compliance with the country’s new intermediary guidelines. The rules, which require large social media firms to appoint Indian citizens in key compliance posts and track the first originator of offending posts, have been opposed by various platforms, including Twitter. They were notified in February this year and came into effect on 26 May.

“No matter what any platform does, they will have to abide by the IT rules fully and there shall be no compromise on that,” Prasad said on Friday.

“Raviji, the same thing just happened to me. Clearly DMCA is getting hyperactive. This tweet has been deleted by @Twitter because its video includes the copyrighted Boney M song Rasputin,” Tharoor tweeted in response to Prasad’s tweet.

“We can confirm that the honourable minister’s account access was temporarily restricted due to a DMCA notice only and the referenced tweet has been withheld,” Twitter said. “Per our copyright policy, we respond to valid copyright complaints sent to us by a copyright owner or their authorized representatives,” the company said.

The DMCA takedown requests were filed by the International Federation of the Phonographic Industry, on behalf of Sony Music Entertainment. In the case of Prasad, it was for use of composer A.R. Rahman’s song, Ma Tujhe Salaam, while in Tharoor’s case, it was for Rasputin.

“Twitter’s actions were in gross violation of Rule 4(8) of the Information Technology (Intermediary Guidelines and Digital Media Ethics Code) Rules 2021 where they failed to provide me any prior notice before denying me access to my own account,” Prasad said on the platform. “Twitter’s actions indicate that they are not the harbinger of free speech that they claim to be but are only interested in running their own agenda, with the threat that if you do not toe the line they draw, they will arbitrarily remove you from the platform,” he said.

DMCA is a 1998 anti-piracy law enforced in the US, which prevents the illegal duplication or selling of copyrighted work on the internet. According to Twitter’s copyright policy, the company “will respond to reports of alleged copyright infringement”, including allegations concerned with the “unauthorized use of copyrighted video or image” uploaded on its platform. The company’s latest transparency report said it received 174,000 DMCA takedown notices between January and June 2020, with a compliance rate of 57%.

Prasad claimed that no television channel has complained about copyright infringements with such posts in “the past several years“.