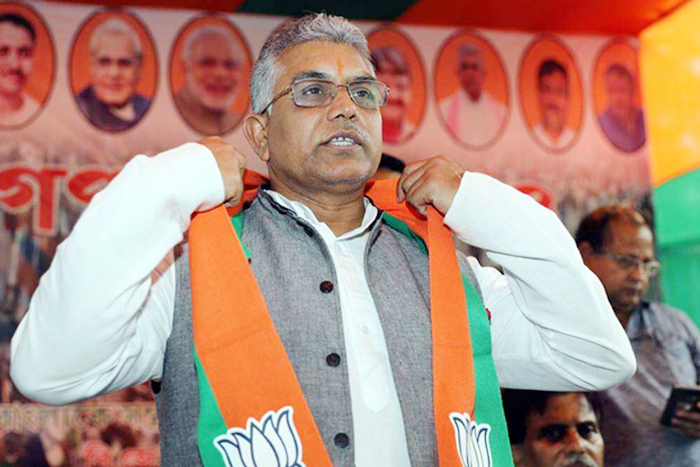 Bengal BJP Cautions Leaders Against Commenting On Division Of State

The development comes after BJP MPs John Barla and Saumitra Khan demanded an UT for north Bengal and a separate state comprising Junglemahal region and other areas of south Bengal respectively.

Amid rising criticism against the BJP over proposals by two of its MP for creating a union territory and a state by carving out parts of West Bengal, the party’s leadership on Tuesday cautioned leaders against violating the party line, which is against any division of the state.

The development comes days after BJP MP from Alipurduar John Barla and Bishnupur MP Saumitra Khan stoked a controversy by demanding a Union Territory for north Bengal districts and a separate state comprising the Junglemahal region and other areas of south Bengal respectively.

“Some of our leaders have made certain comments in their personal capacity. It has nothing to do with our party line or opinion, which is against any form of division of Bengal. Everybody has to toe the party line as a loyal soldier. The violation of party line won’t be tolerated,” BJP state president Dilip Ghosh said.

Within hours of Mr Ghosh’s statement, Mr Khan said that he has made those comments in his personal capacity. “I sought a separate state for the Junglemahal area as it is the demand of the locals. There has been no development in the region. My comments are not the view of the party,” Mr Khan said.

Mr Barla is yet to react to Mr Ghosh’s statement.

Ruling Trinamool Congress spokesperson Sougata Ray sought to know why the BJP is not expelling Mr Barla and Mr Khan for violating the party line.

“If the BJP does not endorse the statements of its MPs, why is it not expelling them? The party is planning to create unrest in the state,” the senior TMC MP said.