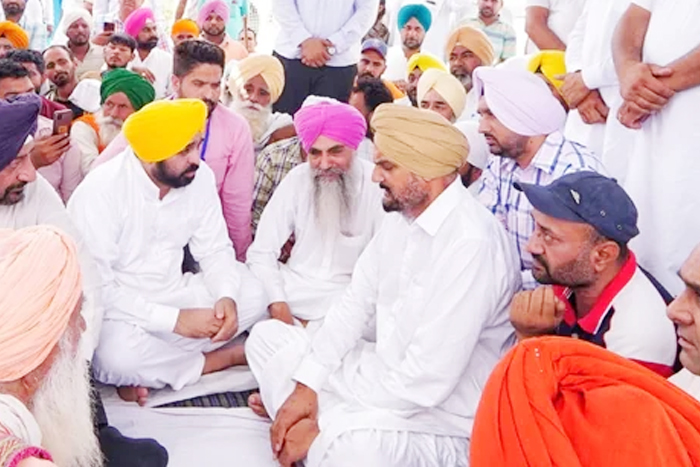 Days after Punjab Congress leader Sidhu Moose Wala was shot dead not too far from his home, chief minister Bhagwant Mann met his grieving father in their native village in the Mansa district. Heavy security arrangements have been made in the singer-politician’s native village for the Mann’s visit. The young rapper was killed on Sunday, a day after his security was scaled down by the state.

Protests erupted outside Sidhu Moose Wala’s house on Friday morning against the police and the state government. Locals were angered by the blockade done around the house. The police were accused of stopping the relatives from entering the home. AAP MLA Gurpreet Banawali was also stopped by protesters, but the AAP leader apologised on behalf of the cops.

The Congress has been blaming the ruling government for the killing, and seeking a probe by a central agency – a demand that has been raised by Moose Wala’s family too.

The family is cooperating with us and they are saying that they will meet the CM, says District Commissioner Mansa, Jaspreet Singh. pic.twitter.com/oZL9TjYxah

The state’s decision to downgrade the security of over 400 VIPs – in what was pitched as a move against “VIP culture” – has drawn wide criticism after the Moose Wala killing.

On Thursday, the Punjab and Haryana high court told the government to take back the order.

“I welcome the decision of Honourable Punjab and Haryana High Court to restore back security of all 424 individuals. It’s high time that CM Bhagwant Mann relinquishes charge as Home Minister and gives it to someone more competent & professional. (sic),” Bajwa tweeted after the court order.