You are here
Home > DAILY BAWAL > Country should be proud of Satyendar Jain, he should be awarded ‘Padma Vibhushan’: Kejriwal 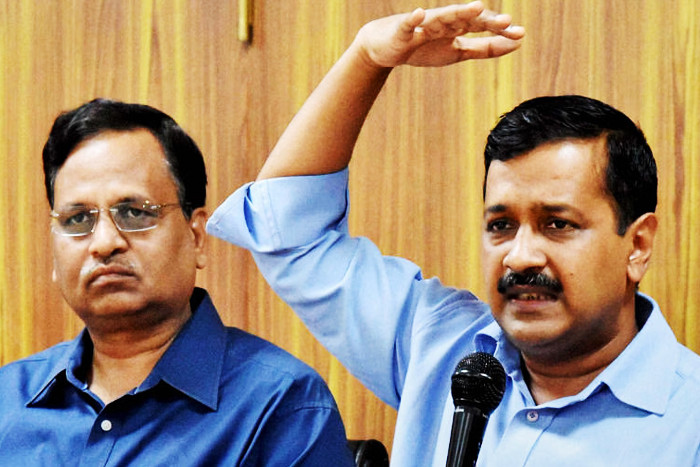 Country should be proud of Satyendar Jain, he should be awarded ‘Padma Vibhushan’: Kejriwal

Kejriwal defended Jain as a “hardcore honest and patriot” person who was being framed in a “false case” and hoped the minister will come out clean after the ED probe.

“The country should be proud him as he gave the model of Mohalla Clinic that are being visited by people from the world, including (ex) Secretary General of the UN. He gave a health model that treats people free of cost.

“I think, he should be given top awards like the Padma Bhushan or Padma Vibhushan,” Kejriwal told reporters here.

Noting that the CBI gave clean chit to Jain, the Delhi CM said now the ED can also conduct its probe and the minister will come out clean. Jain holds various portfolios, including Health, Power and Home, in the Arvind Kejriwal government.

Jain was on Tuesday sent to Enforcement Directorate’s custody till June 9 in a money laundering case by a court here which noted that his interrogation was required to unearth the alleged larger conspiracy.

Asserting that the charges levelled against Jain were “completely false”, #Kejriwal had earlier said he himself would have taken action against the minister if there was even one percent truth in the charges against him.

Senior AAP leader and Deputy Chief Minister Manish Sisodia had alleged that Jain was arrested because he was made incharge of AAP in Himachal Pradesh where BJP was fearing defeat in the upcoming elections.