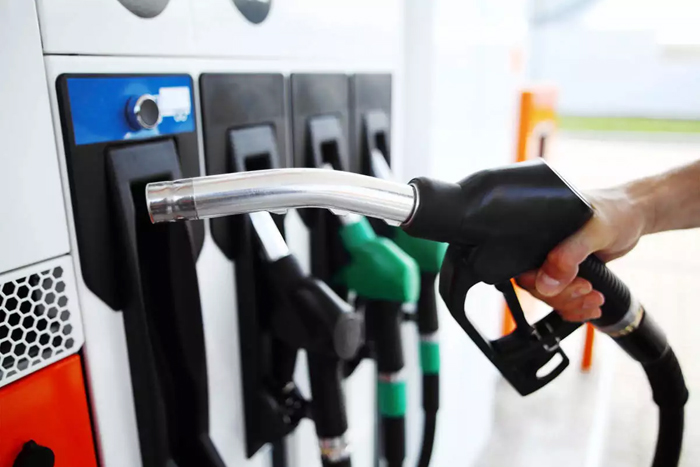 Petrol is being sold at over ₹100 in seven States and Union Territories — Rajasthan, Madhya Pradesh, Maharashtra, Andhra Pradesh, Telangana, Karnataka and Ladakh

After remaining steady for a day, fuel prices were hiked for the tenth time this month on Friday, breaching all records.

In the national capital, petrol got costlier by 27 paise, while diesel rose by 28 paise, according to price notification by the oil retailers.

The latest revision took the cost of petrol in Delhi to ₹96.93 per litre while diesel is currently retailing at 87.69. In Mumbai, petrol is being sold at ₹103.08 per litre, whereas diesel has reached ₹95.14 per litre.

In addition to this, Bengaluru joined the list of state capitals where auto fuel has crossed the ₹100-mark. A litre of petrol is now costing Bengalureans ₹100.17 and diesel ₹92.97.

Bhopal had last month become the first state capital to breach the ₹100-mark in petrol prices. It was followed by Jaipur and then Mumbai. Hyderabad joined the list of the cities on Monday.

Following this, petrol is being sold at over ₹100 in seven States and Union Territories — Rajasthan, Madhya Pradesh, Maharashtra, Andhra Pradesh, Telangana, Karnataka and Ladakh.

Sri Ganganagar district of Rajasthan near the border with Pakistan has the costliest fuel in the country — petrol is priced at ₹108.07 a litre and diesel at ₹100.82.

Petrol and diesel rates have been on the rise since 4 May when oil marketing companies ended their 18-day-long halt on rate revision in view of the state assembly elections.

Here are the latest rates in your city

The difference in prices in states occurs on account of local taxes like VAT or freight charges.

Rajasthan levies the highest VAT on petrol and diesel in the country, followed by Madhya Pradesh, Maharashtra, Andhra Pradesh and Telangana.

The central and state taxes make up for 60% of the retail selling price of petrol and over 54% of diesel. Centre levies ₹32.90 per litre of excise duty on petrol and ₹31.80 a litre on diesel.