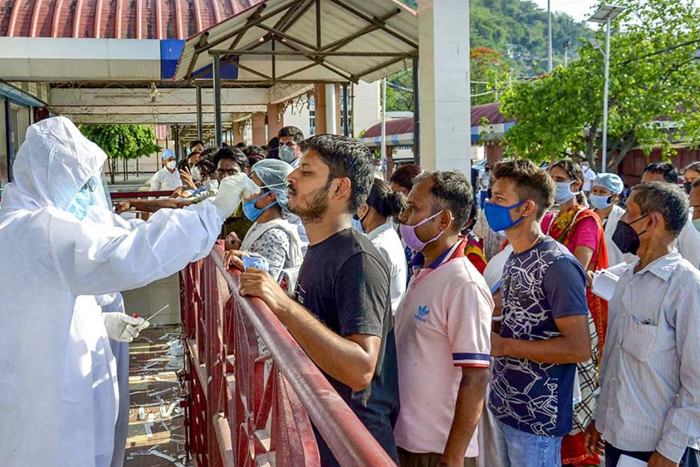 NEW DELHI: Daily Covid-19 cases in India rose to a 27-day high on Friday, crossing the 14,000 mark for the first time since January 23, as the sharp surge in infections continued in Maharashtra while states such as Madhya Pradesh and Punjab also recorded an uptick in cases. India recorded at least 14,059 fresh infections on Friday, the highest in 27 days.

While 18,000-plus cases were reported on January 28, these included more than 6,000 “backlog” cases in Chhattisgarh. Maharashtra reported 6,112 new cases, the highest daily count in 84 days in the state.

Cases were also spiking in at least two other states, although the numbers there were much lower than in Maharashtra. Punjab registered 385 new cases on Friday, the highest in the state since December 23, when 488 infections were recorded. In MP, daily cases touched a 28-day high of 297.

MP had last recorded a higher count on January 22, when 347 new infections were detected. Cases in both Punjab and MP have been rising over the past week or so. India also recorded 102 deaths from the virus on Friday, the highest daily toll in seven days. Maharashtra reported the highest 44 deaths, followed by Kerala (15), Punjab (8) and Tamil Nadu (7).