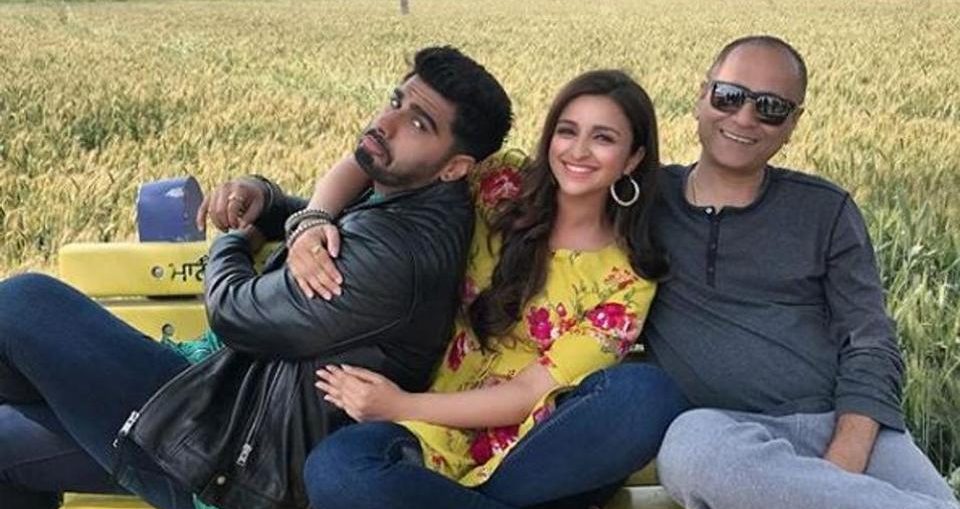 Parineeti Chopra and Arjun Kapoor are enjoying a fun time in Punjab while shooting for Namaste England.

Parineeti Chopra and Arjun Kapoor are enjoying a jolly good time in Punjab while shooting for their film Namaste England. She posted a fun new picture of herself, Arjun and director Vipul Amrutlal Shah from the sets of the upcoming film on Tuesday.

“Punjab ke khet, London ki galiyaan!!!! Happy shooting NAMASTE ENGLAND with my boyss!! @arjunkapoor #VipulAmritlalShah #NamasteEngland,” she captioned the photo. The trio are sitting on a bench in a lush golden farm in Patiala.

The team will later move to Dhaka, Paris, Brussels and London to shoot for the rest of the film. Arjun and Parineeti reunite after their 2012 film Ishaqzaade. Apart from Namastey England, the couple will also be seen in Dibakar Banerjee’s Sandeep Aur Pinky Faraar.

The director said in a press statement, “From Amritsar, we move to Ludhiana and Patiala. We are filming at more than 75 locations spread across these three cities. Later, we’ll also be shooting in Dhaka, Paris, Brussels and finally in London. That’s how the love story progresses.”