You are here
Home > DAILY BAWAL > On India-Russia Ties, US Said This As Russian Minister Reaches Delhi 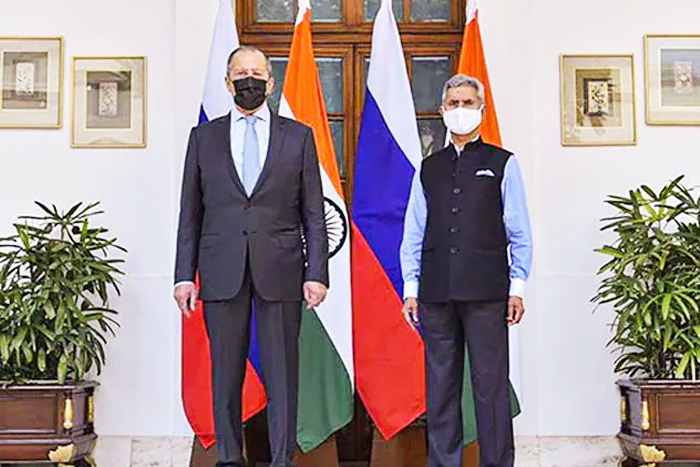 On India-Russia Ties, US Said This As Russian Minister Reaches Delhi

Washington: As Russian Foreign Minister Sergey Lavrov is on a two-day official visit to India, the US State Department Spokesperson Ned Price on Thursday (local time) said that every country has its own relationship with Moscow and Washington is not seeking any change in that.

“Different countries are going to have their own relationship with the Russian Federation. It’s a fact of history. It’s a fact of geography. That is not something that we are seeking to change,” Price said during a press briefing.

He continued by saying, “What we are seeking to do, whether it is in the context of India or other partners and allies around the world, is to do all we can to see to it that the international community is speaking in unison, speaking loudly against this unjustified, unprovoked premeditated aggression, calling for an end to the violence using the leverage that countries including India, have to those ends.”

Price made these remarks amid Russian Foreign Minister Sergey Lavrov’s visit to India. He is expected to meet and hold talks with External Affairs Minister S Jaishankar today.

“…We understand that what we are asking for, what we are calling for is that all countries use the leverage that they have to make sure that that message is coming across to Vladimir Putin loud and clear,” he said.

While answering India working out any rupee-rouble conversion for trade, Price said, “I would refer to our Indian partners when it comes to any such rupee-ruble conversion that may have been discussed.”

Price further said, “When it comes to the Quad, one of the core principles of the Quad is the idea of a free and open Indo Pacific that is specific in that context to the Indo Pacific, but these are principles. These are ideals that transcend any geographic region.”

Russia launched its invasion on February 24 after recognizing the Ukrainian breakaway regions of Donetsk and Luhansk as “independent republics.” Russia has since continued to maintain that the aim of its operations has been to “demilitarize” and “de-nazify” the country.

Following Russia’s invasion of Ukraine, many Western nations and European countries have imposed tough sanctions on Russia targeting its economy and financial system.