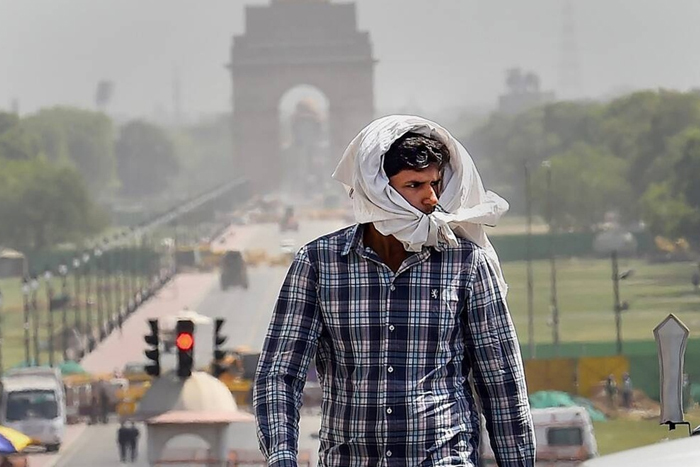 Delhi Heat Wave: A “severe” heat wave is declared if the departure from normal temperature is more than 6.4 degrees, according to the IMD. Another spell of heat wave in Delhi is likely from April 3 to April 5.

Parts of Delhi are predicted to record a severe heat wave today, with the maximum temperature likely to hit the 40-degree mark, India Meteorological Department said.

“The heatwave spell over northwest, central and west India is likely to continue during the next four to five days.” For the plains, a “heatwave” is declared when the maximum temperature is over 40 degrees Celsius, and at least 4.5 notches above normal.

A “severe” heat wave is declared if the departure from normal temperature is more than 6.4 degrees, according to the IMD.

Parts of Delhi reeled under severe heatwave conditions on Tuesday and eight weather stations in Delhi recorded their maximum temperature above 40 degrees Celsius, with the mercury at Narela, Pitampura and the Sports Complex station crossing the 41-degree mark.

Another spell of heat wave in Delhi is likely from April 3 to April 5, the weather department said. According to the non-profit green think tank Climate Trends, maximum temperatures in the second half of March have witnessed a rise in the last three years.

“Absence of a weather system and the presence of an anti-cyclone over Rajasthan and adjoining Pakistan had been pushing hot winds across North and Central India. March is going to end on a hotter note with no respite till the beginning of April,” said Mahesh Palawat, vice president, Meteorology and Climate Change, Skymet Weather.

Light winds and dry weather will once again increase temperatures over northwest India leading to heatwave conditions, he said.

“While we expect a heatwave to hit parts of central and northwest India by the end of March, it was not expected so early in the season. But I would also not be surprised, as we have been witnessing a gradual rise in day temperatures for the last few years. Maximum temperatures breaking records are now here to stay with the rise in global mean temperatures,” he said.