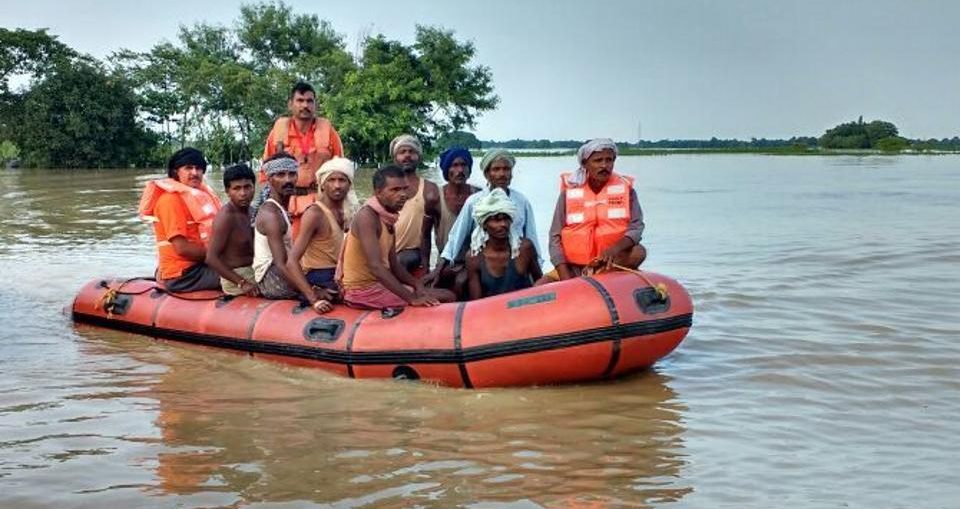 NDRF de-inducts 10 rescue teams from flood operation in Bihar. These teams would return to Odisha. The Met has forecast low pressure building in the Bay of Bengal on September 1, 2 and sounded an alert.

The National Disaster Response Force (NDRF) evacuated 46,500 marooned and saved 47 people from drowning in Bihar during the last 18 days of flood relief and rescue operation, which was scaled down on Thursday.

The number of deluge-related fatalities remained unchanged at 514, with no fresh death reported from the 19 flood-hit districts. Though 116 relief camps continued functioning, the number of people staying there dwindled to 61,495 as compared to 1.38 lakh on Tuesday, said a state disaster management department (DMD) official.

The 10 teams de-inducted would return to Mundali in Odisha. The Indian Meteorological Department (IMD) has forecast low pressure building in the Bay of Bengal on September 1 and 2 and sounded an alert, said officials.

The NDRF had deployed altogether 28 teams, each comprising 40-45 personnel for Bihar floods. While 14 teams were from its home unit — the 9, NDRF battalion at Bihta in Patna — 10 teams of 3 battalion were airlifted from Odisha’s Mundali and four from its 7 battalion in Punjab’s Bhatinda district.

While seven teams from its home unit had pre-positioned themselves in flood-prone districts of Supaul, Darbhanga, Muzaffarpur, Gopalganj, Bettiah and Patna on June 27, most others moved in between August 12 and 16, immediately after the state government sought the Centre’s help.