You are here
Home > DAILY BAWAL > Mystery road on Yamuna: Nobody knows who built a path that’s choking the river 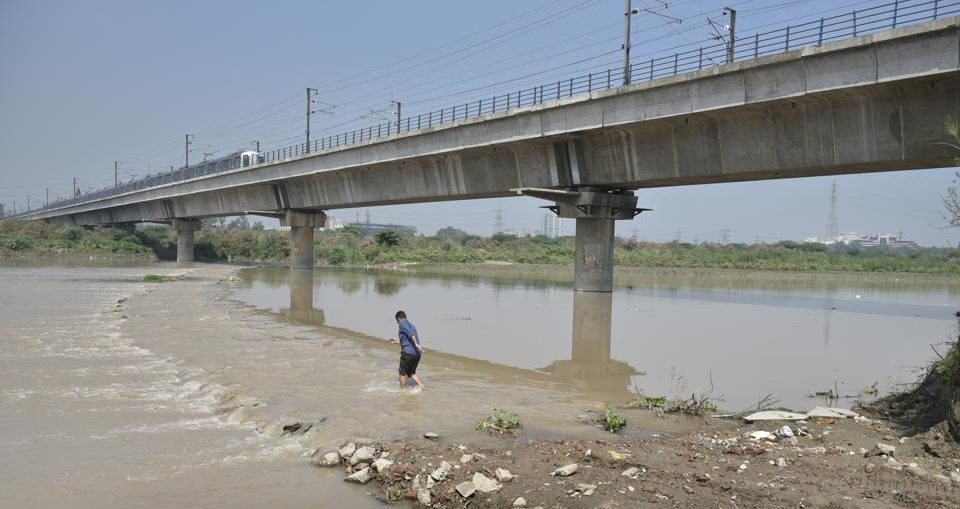 A road has been built on Delhi’s Yamuna river under the metro bridge between Yamuna Bank and Indraprastha stations. DDA said they had no knowledge about the bridge and they will visit the spot.

The road, nearly 100 metre long and 3 metre wide, has been built with concrete debris, soil and waste material.

Delhiites can’t get enough roads and now, it seems, someone has built a road right across Yamuna, one of the longest rivers of the country and a lifeline for millions.

HT has found that the segment of the river between Yamuna Bank and Indraprastha Metro stations has a kuccha road nearly 100 metre long and 3 metre wide built with concrete debris, soil and waste material. The road connects the eastern bank with a river island in the middle and no one knows who built it.

When HT told environmentalists about the road, they were shocked. Ecologists said it is already constricting the water flow and was bound to hit every natural activity in the river bed, from silt transportation to groundwater recharge and revival of subsoil bacteria. “Till now encroachment activities were restricted to the river’s banks. But this is actually an attempt to fill up the Yamuna. It is very dangerous as it blocks the river’s ecological flow,” said ecologist CR Babu, who was a member of the committee appointed by NGT to look into the alleged damage to the river’s flood banks by an event organised by Art of Living in March 2016.