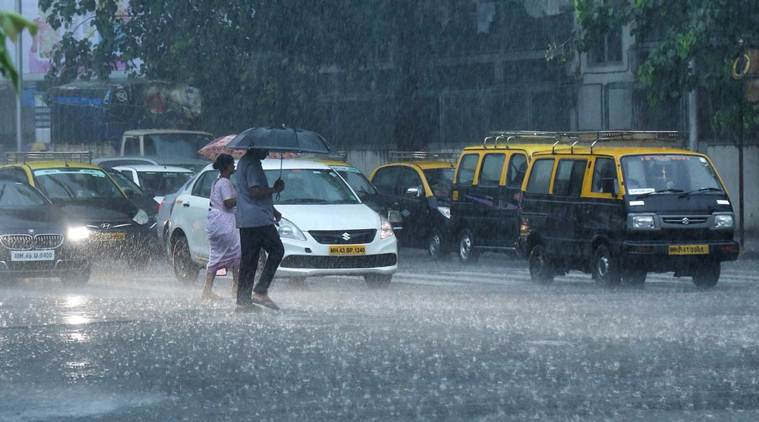 Earlier, the India Meteorological Department had said the metropolis and surrounding areas could get intermittent moderate to heavy rain with “the possibility of very heavy to extremely heavy rainfall at isolated places” on Saturday.

The weather office has issued a red alert for Mumbai, Raigad and Ratnagiri in Maharashtra, forecasting “extremely heavy rainfall” over the next 24 hours in many places in Palghar, Mumbai, Thane and Raigad districts.

Earlier, the India Meteorological Department (IMD) had said the metropolis and surrounding areas could get intermittent moderate to heavy rain with “the possibility of very heavy to extremely heavy rainfall at isolated places” on Saturday.

High tide hits Marine Drive in Mumbai as Mumbai’s civic body, the Brihanmumbai Municipal Corporation warns people to stay away from the coast.

“For the next 24 hours, that is between July 3 and 4, red alert has been issued for Mumbai, Raigad and Ratnagiri. At some places, there is a possibility of extremely heavy rainfall,” an IMD official said late Friday night.

The Brihanmumbai Municipal Corporation, had shared dos and don’ts for the public in view of the alert.

Yesterday, the first spell of heavy rain of this monsoon season saw maximum rainfall in South Mumbai where Colaba recorded 22 cm out of which 15 cm were recorded in the last three hours alone.

The Met department had, on Thursday, predicted heavy to very heavy rainfall at isolated places in Mumbai and adjoining coastal districts, and issued an orange alert for Friday and Saturday.

The Mumbai Police has also advised citizens not to venture out of their homes.

“#HeavyRainfallAlert. The @Indiametdept has forecaster “heavy to very heavy rain at isolated places” for Fri & Sat for Mumbai. All citizens are advised to remain indoors, not venture out unnecessarily and take necessary precautions. #MumbaiRains,” the city police said on its official Twitter handle.

Almost every monsoon, Mumbai struggles to cope with the chaos caused by the rain. The suburban trains – the city’s lifeline – are affected and low-lying areas get flooded.