You are here
Home > DAILY BAWAL > Monsoon Arrives In Delhi After Long Delay, Heavy Rain In Many Areas 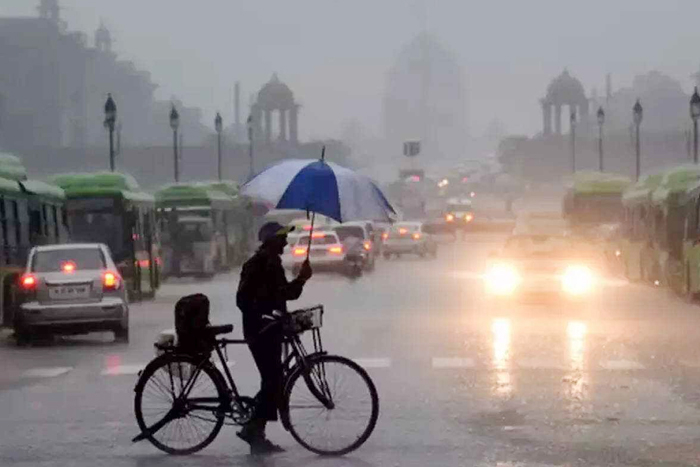 Monsoon Arrives In Delhi After Long Delay, Heavy Rain In Many Areas

New Delhi: The long-delayed monsoon finally arrived in Delhi today as heavy rain and thunderstorms hit the national capital this morning. The city’s adjoining areas like Gurgaon and Faridabad have also received rainfall.

The India Meteorological Department (IMD) had predicted moderate rain over Delhi this morning.

“Thunderstorm with light to moderate intensity rain and winds with speed of 20-40 km/h would occur over and adjoining areas of most places of Delhi, NCR (Bahadurgarh, Gurugram, Faridabad, Loni Dehat, Noida) Gohana, Sonipat, Rohtak (Haryana) Khekra (UP) during next 2 hours,” the IMD tweeted.

The southwest monsoon’s arrival today after a string of IMD’s incorrect predictions is the most delayed in Delhi in 15 years. The weather office faced a lot of criticism and called the failure in prediction “rare and uncommon”. The IMD’s last prediction was monsoon’s arrival last Saturday as Delhi and adjoining areas reeled under intense heat for weeks.

Finally, the IMD announced the arrival of monsoon today after rain hit the capital.

The rainfall will provide much needed respite from the heat. Twitter was flooded with photos and videos of the rain as people in Delhi rejoiced at the arrival of monsoon.

Madhavan Rajeevan, Secretary at the Ministry of Earth Sciences tweeted that IMD was waiting for the rain to declare the monsoon onset.

“Finally Monsoon Rains over Delhi! Even though monsoon conditions were prevailing last 2-3 days, India Met department was waiting for these rains to declare monsoon onset. Last 2 days it rained everywhere surrounding Delhi, except Delhi,” he tweeted.

The Monsoon had reached almost all parts of the country but had stayed away from Delhi, Haryana, parts of west Uttar Pradesh and west Rajasthan. The weather forecasting agency had predicted that monsoon is expected to cover these parts by June — a little less than a month back but that did not happen.

K Jenamani, a senior scientist at IMD has said they will study why the arrival of monsoon was delayed in Delhi despite favourable conditions.