You are here
Home > DAILY BAWAL > Delhi had more active cases of black fungus than those of Covid-19: Govt data 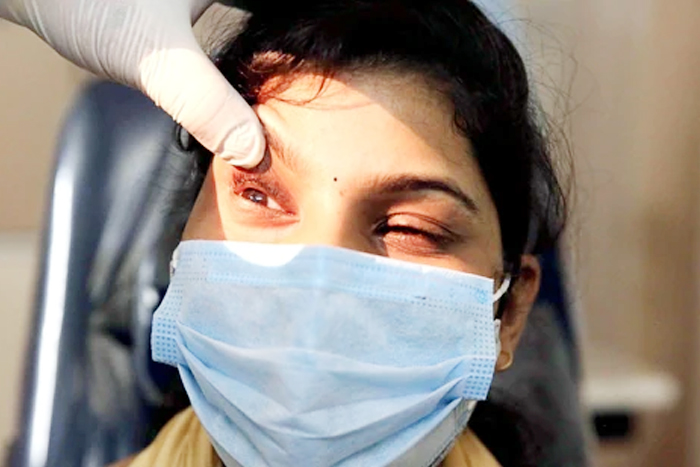 Delhi had more active cases of black fungus than those of Covid-19: Govt data

Delhi had 952 active cases of the black fungus disease, also known as mucormycosis, till July 6, which is more than the number of active cases of the coronavirus disease (Covid-19) in the city at the time, according to government data. The data also showed that till July 6, the national capital’s cumulative tally of black fungus cases stood at 1,656.

Of the 952 active cases of black fungus, 402 patients received treatment at private hospitals, 302 at Delhi government-run hospitals and 248 at central government-run facilities, data further showed. At the time, there were 833 active Covid-19 infections in Delhi; by July 12, the number of active cases declined further to 693 as the Capital reported 45 new Covid-19 cases, its lowest daily caseload this year.

Also, as per the figures, the total requirement of injections of Amphotericin B, a drug used to treat serious fungal infections like black fungus, till July 6, stood at 150,000.

Mucormycosis, cases of which were found in patients to have recovered from Covid-19, is among several post-Covid complications (including Avascular Necrosis) which have been reported from various parts of the country. Black fungus was declared as epidemic by the Delhi government on March 27.

Delhi’s cumulative Covid-19 infection tally stood at 1,435,128, according to Monday’s health department bulletin. Of these, more than 1.4 million patients have recovered, according to the bulletin.