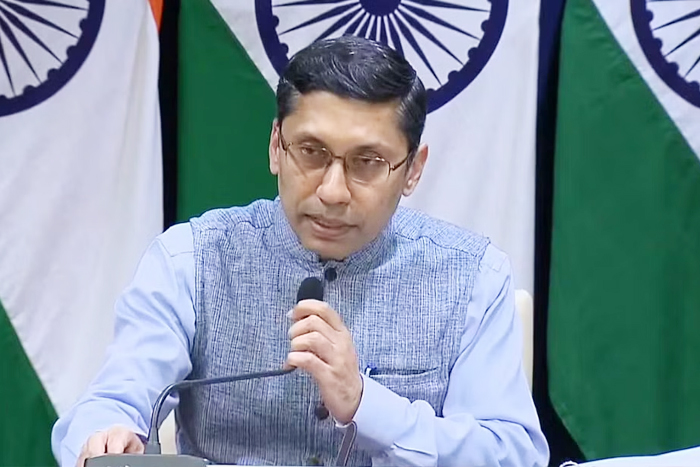 NEW DELHI: Indian nationals and students in Canada have been asked to “exercise due caution and remain vigilant” in view of “sharp increase in incidents of hate crimes, sectarian violence and anti-India activities”, read an advisory issued by the ministry of external affairs (MEA) on Friday.

The advisory comes a day after India raised concerns with Canada that its territory was being used by politically motivated “extremist elements”. Reacting to a recently held Khalistan referendum conducted by a separatist group, MEA spokesperson Arindam Bagchi called it a “farcical exercise”.

‘Perpetrators not brought to justice’

The advisory issued on Friday said there has been a sharp increase in incidents of hate crimes, sectarian violence and anti-India activities in Canada.

“In view of the increasing incidences of crimes as described above, Indian nationals and students from India in Canada and those proceeding to Canada for travel/education are advised to exercise due caution and remain vigilant,” it said.

Some Canadian groups had participated in the separatist event in Brampton city of Canada on September 19.

“The matter has been taken up with the Canadian authorities through diplomatic channels. The government of Canada has reiterated that they respect the sovereignty and territorial integrity of India and they will not recognise the so-called referendum which is taking place in Canada,” the MEA spokesperson said.