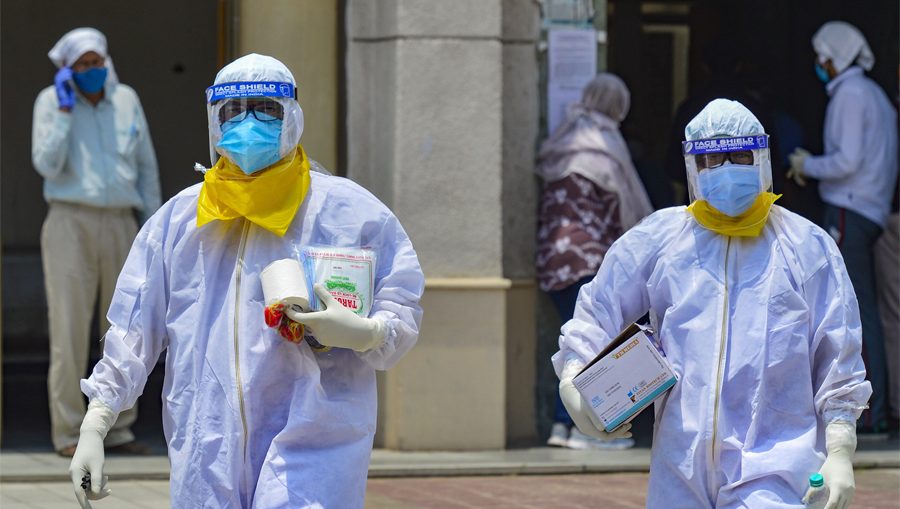 Under the campaign, a door-to-door survey will be conducted and tests would also be done on citizens for other diseases, Chief Minister Shivraj Singh Chouhan said.

The Madhya Pradesh government will launch a ‘Kill Corona’ campaign from July 1 to control the spread of coronavirus in the state.

Under the campaign, door-to-door survey will be conducted and tests would also be done on citizens for otherdiseases, Chief Minister Shivraj Singh Chouhan said during a virtual review meeting on the COVID-19 pandemic on Saturday.

Chouhan said during the 15-day campaign, 2.5 lakh tests will be carried out and 15,000 to 20,000 samples would be collected daily, according to a press release.

The virus positive rate in the state was 3.85 per cent as against the national positive rate of 6.54 per cent, the chief minister said.

Till Saturday, Madhya Pradesh reported 12,965 COVID-19 cases and 550 deaths due to the disease.

JD(U) asks why Cong is shortening life of grand alliance, cites natural ties with BJP in past