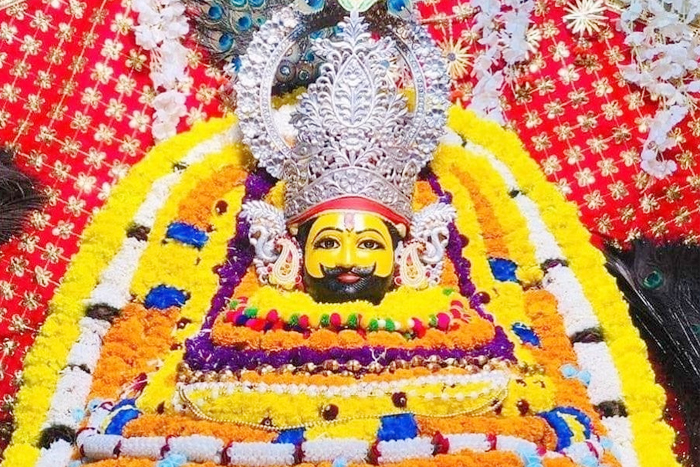 Who is Shri Khatu Shyam ji?

According to mythological beliefs, when the Pandavas were roaming from one forest to another while saving their lives, Bhima encountered Hidimba. Later Hidimba gave birth to a son who was named Ghatokha. Later Ghatokha had a son who was named Barbarik. This barbareek would later be called Khatu Shyam.

Lord Shri Krishna had given this boon

Barbareek donated his head to them without delay. But Barbarik prayed to Shri Krishna that he wanted to see the entire Mahabharata war. In such a situation, Shri Krishna kept his head in a high hill from where he could see the whole war. When the Pandavas won, everyone started fighting among themselves as to who should get the credit for the victory. In such a situation, Barbarik said that the credit for the victory should go to Shri Krishna. Shri Krishna was very happy after hearing this talk of Barbarik and gave him a boon to be worshiped in the name of Khatu Shyam ji in Kali Yuga.