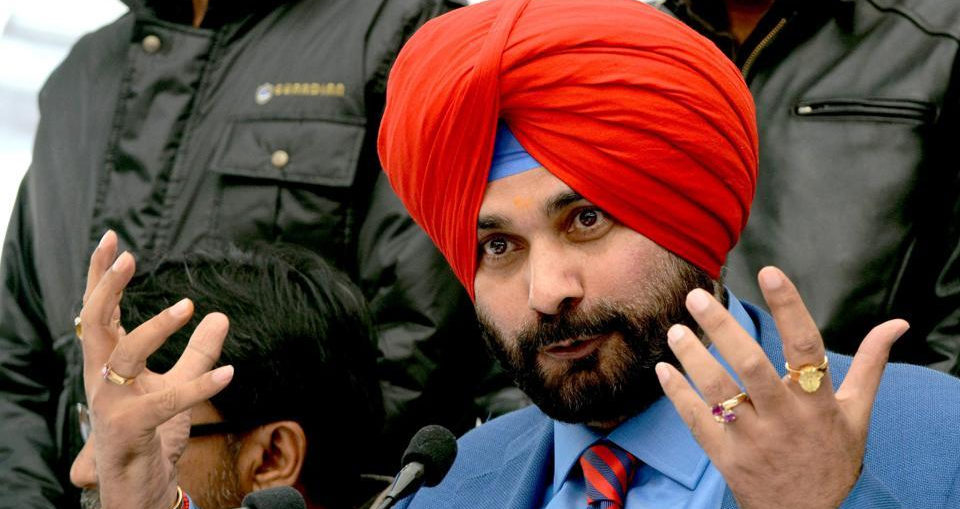 Cricketer-turned-politician Navjot Singh Sidhu, who is also featured on the Kapil Sharma Show, was slapped with a complaint for cracking vulgar jokes.

The Kapil Sharma Show keeps attracting trouble. The dust from the battle between the show’s host Kapil Sharma and co-star Sunil Grover hasn’t settled, and a new controversy has cropped up. Navjot Singh Sidhu, a fellow member of the comedy show’s cast, has been slapped with a complaint for cracking inappropriate jokes.

According to an Indian Express report on April 10, HC Arora, an advocate at the Punjab and Haryana High Court, filed a complaint against the former cricketer saying, “I viewed the Kapil Sharma Show on Saturday from 9 pm to around 10: 15 pm. The ‘comedy’ of Kapil Sharma, and particularly that of Navjot Singh Sidhu was replete with vulgar, double-meanings and obscene dialogues. It violated various provisions of the Indian Penal Code, 1860, as well as those of the Information and Technology (IT) Act. Their dialogues offended my conscience while viewing the show along with my wife and daughters… Although I am yet to procure a recorded version of the utterances of these two comedians, yet on the basis of whatever I can recollect, Sidhu told Kapil Sharma ‘Kapil, you please get married, otherwise after crossing 40-years of age, you shall lose your reproductive capacity’.”

This is not the first time Arora has taken offence to Sidhu’s comedy. He had previously filed a Public Interest Litigation against Sidhu.

He continued, “Navjot Singh Sidhu further elaborated, saying ‘An old man once went to the toilet to attend nature’s call, when he returned he saw that he had not fastened the button of his pant. When asked for the reason, he replied, a road that has no treasure, what is the point of putting a lock to it?’ What Sidhu wanted to bring home to the audience was that an old man need not button up his pants, as he being virtually impotent, cannot harm any woman. I would, therefore, call upon you to convey my feelings to chief minister, that the situation has reached such alarming proportions that the chief minister must rein his colleague Navjot Singh Sidhu.”

According to a Bollywood Hungama report, Sidhu was absent from the show’s sets following the shoot of the episode in question. “Sidhuji didn’t show up for the episode we shot with Sonakshi Sinha this weekend. I think he is finding it hard to maintain his travel schedule while attending to his new responsibilities as a State Minister,” the source said.

On April 7, Sidhu was approached by the court about the ethics surrounding his appearances on the show while being a government minister. “Everything is not about law, but what about propriety and morals? If a minister is not following service rules, how can he make his juniors follow it?” asked the Court. The final argument in the case is fixed on May 11.