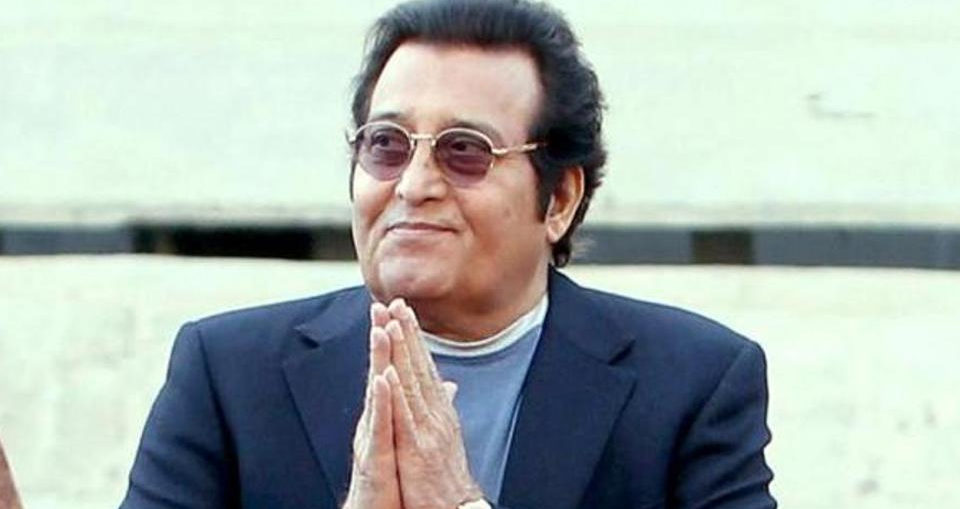 Veteran actor Vinod Khanna, who was hospitalised earlier this week in Mumbai, could be suffering from bladder cancer, suggest reports. A photo, being shared on social media networks, shows a very weak Khanna in a hospital gown trying to stand up with the help of two people.

Vinod Khanna, 70, is hospitalised. While his son told media that he was hospitalised for dehydration, reports now claim he is suffering from cancer.

Actor Vinod Khanna, who was hospitalised in Mumbai earlier this week due to “severe dehydration”, could be suffering from bladder cancer, say reports.

This, just two days after his son Rahul Khanna told reporters that the veteran actor could be discharged soon. “Dad was hospitalised on Friday for severe dehydration. The situation was quickly brought under control, he’s doing much better and the doctors are looking to discharge him soon,” Rahul told PTI on Wednesday.

The family is yet to respond to the reports but a picture of Vinod Khanna in the hospital is being circulated on social media networks.

The 70-year-old, who is a Bharatiya Janata Party MP from Gurdaspur in Punjab, was admitted to Sir HN Reliance Foundation Hospital and Research Centre in Girgaon, Mumbai. “Our family is most grateful for the extraordinary care he’s been receiving at the hospital and we are touched by all the good wishes pouring in,” he added.