You are here
Home > DAILY BAWAL > Kantara a hit with BJP too, also because of a backstory 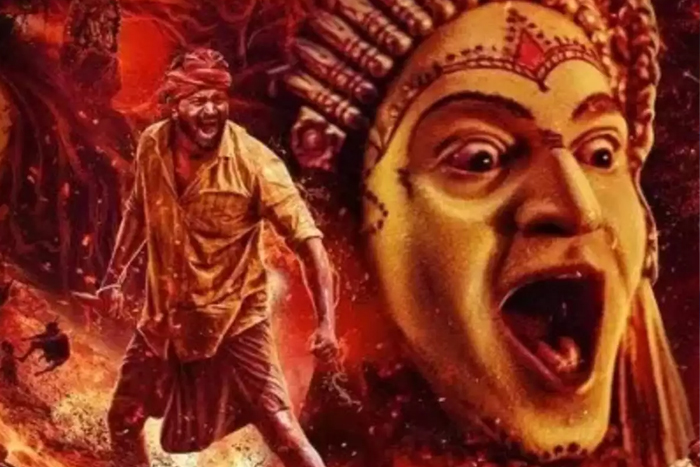 Kantara a hit with BJP too, also because of a backstory

Nirmala Sitharaman among others lauds film, made by a firm linked to senior Karnataka BJP minister

A notable sidelight of the Karnataka government’s Global Investors Meet in Bengaluru this month was ringing praise for the hit Kannada film Kantara by Union ministers Nirmala Sitharaman and Piyush Goyal.

The film has been produced by a company that is closely linked to BJP leader and Karnataka minister Dr C N Ashwathnarayan.

Asked about his link to the production house, Hombale Films LLP, Ashwathnarayan said: “He is my cousin, the film producer (Vijay T Kiragandur).” But records accessed by The Indian Express show that the association between the state minister, the company and Kiragandur runs deeper.

On November 2, the global meet’s opening day, Union Minister for Commerce and Industry Piyush Goyal referred to the film in his speech, stating it had “grossed nearly 20 times” its budget of around Rs 15 crore. “Kantara is a low-budget film that showcases the culture of Karnataka… Investors and industry are attracted to India and the state that has very progressive policies,” he said.

On the same day, Union Minister of Finance Nirmala Sitharaman tweeted: “With a team of volunteers and well-wishers watched #KantaraMovie in Bengaluru. Well made @shetty_rishab (writer/ director/ actor). The film captures the rich traditions of Tuluvanadu and Karavali.”

Ashwathnarayan is Karnataka’s minister for higher education, information technology, bio-technology and science. Earlier, he was Deputy Chief Minister in the BJP government between 2019 and 2021.

At the same time, he has featured regularly in promotion events of movies made by Hombale Films — from the muhurat shot of “Salaar” in Hyderabad in 2021 to the trailer release of “KGF-2” in March 2022.

Gowda is also one of the producers of “Kantara”.

Kiragandur is also director of Malleswaram Sports Foundation, which was started in 2012 by Ashwathnarayan in Malleswaram, his constituency in north Bengaluru, and Padmashree Medicare Pvt Ltd where the minister holds shares as per his 2018 election affidavit.

Kiragandur, incidentally, was the subject of an I-T probe in 2019 over his earnings.

In the case of Hombale Infrastructure, RoC records show that Ashwathnarayan was guarantor for a bank loan of Rs 15 crore taken by the firm in 2012 from Vijaya Bank. According to a loan sanction memo to RoC, Ashwathnarayan’s relationship to the borrower is disclosed as “cousin brother”.

As for Hombale Constructions, the Minister is listed in records as guarantor for enhancement of a bank guarantee from Rs 95 crore to Rs 175 crore with Vijaya Bank for a loan taken by the firm in 2018.

RoC documents for the two other organisations, Padmashree Medicare and Malleswaram Sports Foundation, and an affidavit filed by Ashwathnarayan for the 2018 Karnataka polls, show similar links.

Records show that Ashwathnarayan has a reported investment of over Rs 27 lakh in shares of Padmashree Medicare and grant of a loan of Rs 68 lakh to the firm. In the sports foundation, where Kiragandur is the director, the minister has given a loan of Rs 10 lakh as per his affidavit.

“Kantara” was released in Kannada on September 30 and later re-released across several languages, including Hindi, to capitalise on its box-office success. It is a thriller set in a village, with supernatural elements showcasing the traditional culture of the Dakshina Kannada region and narrating the larger story of human-nature conflict.

The records also show that the production house’s liabilities soared from Rs 37.94 lakh in 2017-2018 to Rs 225 crore in 2020-2021 with nearly Rs 188 crore shown as loans. The numbers do not reflect the estimated earnings from “KGF-2” and “Kantara”, which were released in the current fiscal year.